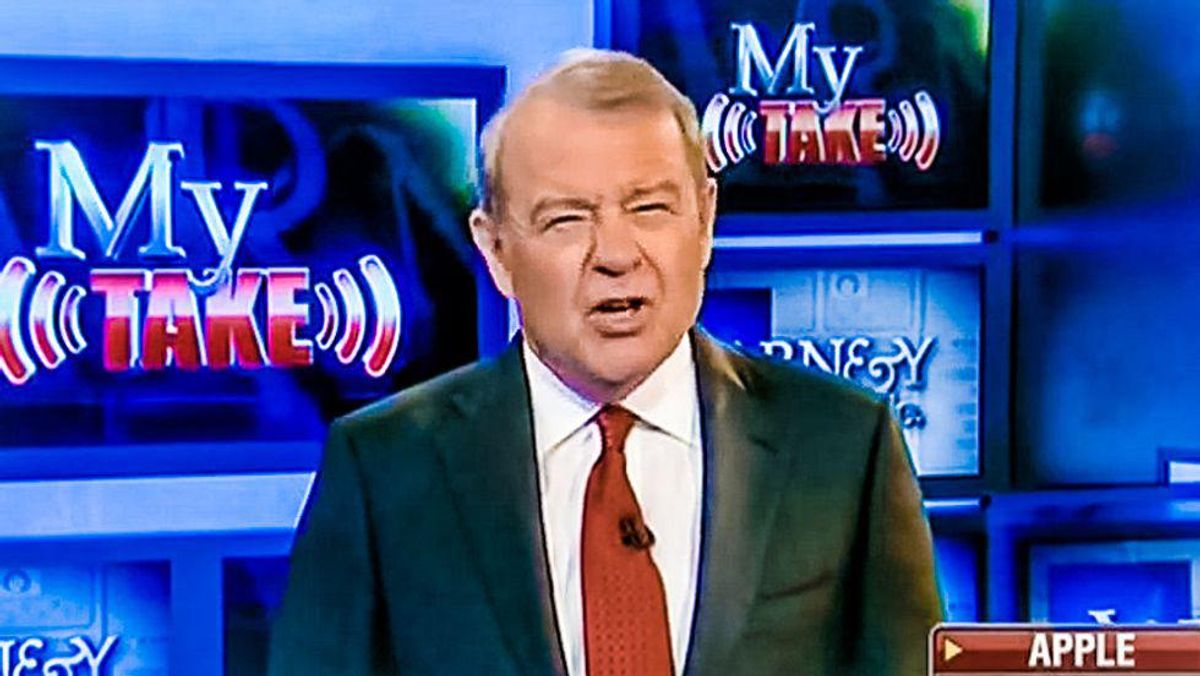 The idiom is one that plays on the idea of a mother's milk being what babies are desperate for. As any breastfeeding mother can attest, at times the child looks at you like you're a buffet. But neither Stuart nor his guests are babies and no one is being milked. Nor does anyone want to think of Varney breastfeeding his viewers the opinion of the day.

Oliver mixed the repeated phrase with videos of loving mothers breastfeeding their babies.