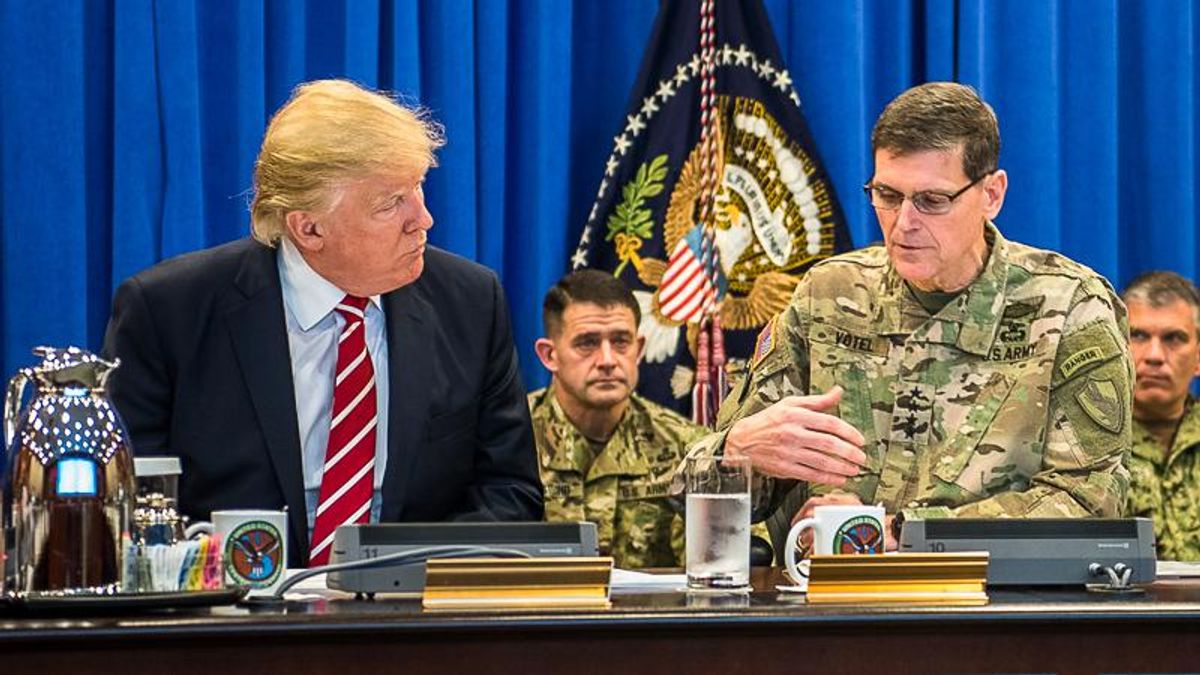 Former National Security Director John Ratcliffe on Thursday revealed that former President Donald Trump knew that the Afghan military would fall to the Taliban within 48 hours but negotiated a deal to pull U.S. troops out of the country anyway.

Ratcliffe made the remarks during an appearance on Fox News.

"We had that intelligence when I was DNI," he explained. "All of the discussions including with some of the same military leaders that are still there was if we don't follow these conditions and the Afghan forces are left on their own, how long will this last and the consensus with everyone in the room was not very long."

"And I remember President Trump saying, 'I don't think they'll last two days,'" he added. "And that's why those conditions that [Fox News host Bill Hemmer] mentioned are so important."

Under the original conditions that the Trump administration negotiated with the Taliban, U.S. forces would have withdrawn from Afghanistan in May. President Joe Biden extended that exit until August.

'Rewarding them for choosing not to get vaccinated': Physicians fire back at Tennessee governor’s pandemic policies

Doctors across the state, including one who serves on Gov. Bill Lee's COVID-19 advisory panel, are challenging his COVID-19 policies and cheering three court decisions to overturn his executive order allowing parents to opt out of school mask mandates.

Dr. Erica Kaye, a pediatrician, oncologist and palliative care physician at St. Jude Children's Research Hospital in Memphis, in August drafted a letter to Gov. Lee and signed by thousands of medical professionals encouraging him to reverse course. She called the decisions by three federal judges to block Lee's executive orders in Shelby, Knox and Williamson counties, “critical steps in the right direction."