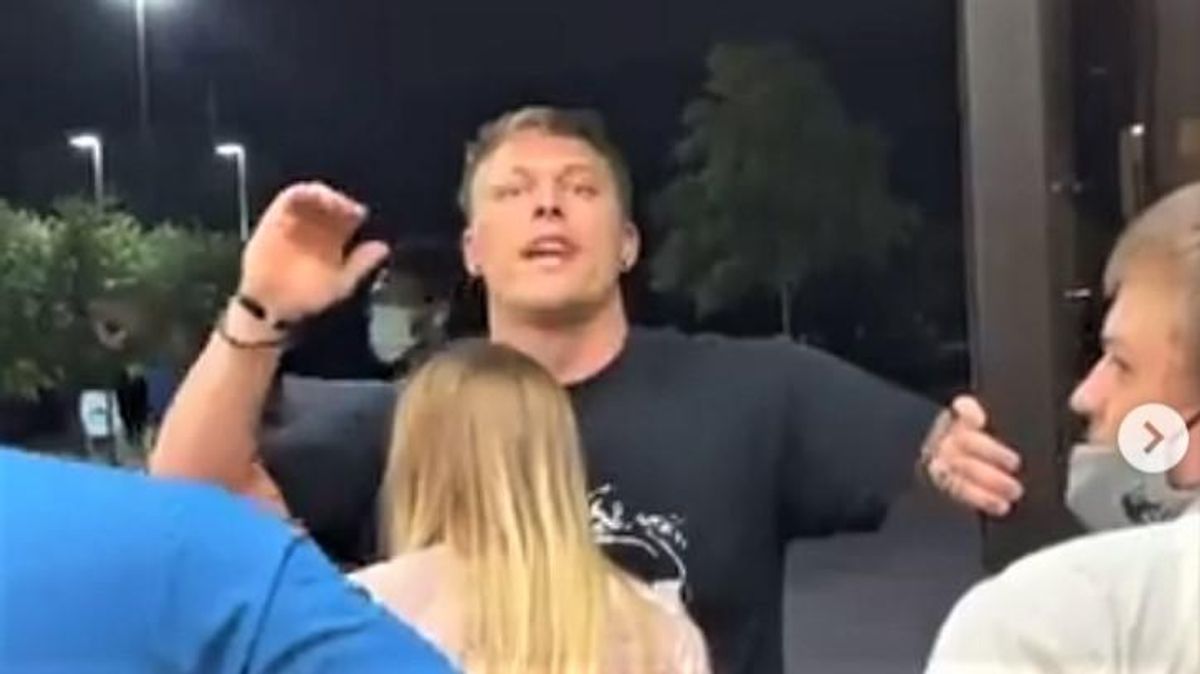 He then called the employee a racial slur, at which point a bystander took out their phone and started recording his behavior.

It was at this point that Miles's girlfriend tried to get him to leave the store as he continued his racist tirade.

When Miles saw he was being recorded, he looked directly into the camera and doubled down on his statements.

"'Black Lives Matter' is the most racist thing we've ever f*cking seen!" he shouted.

After reviewing footage of Miles's public meltdown, the Sumter Police Department arrested him and charged him with aggravated breach of peace and trespassing.