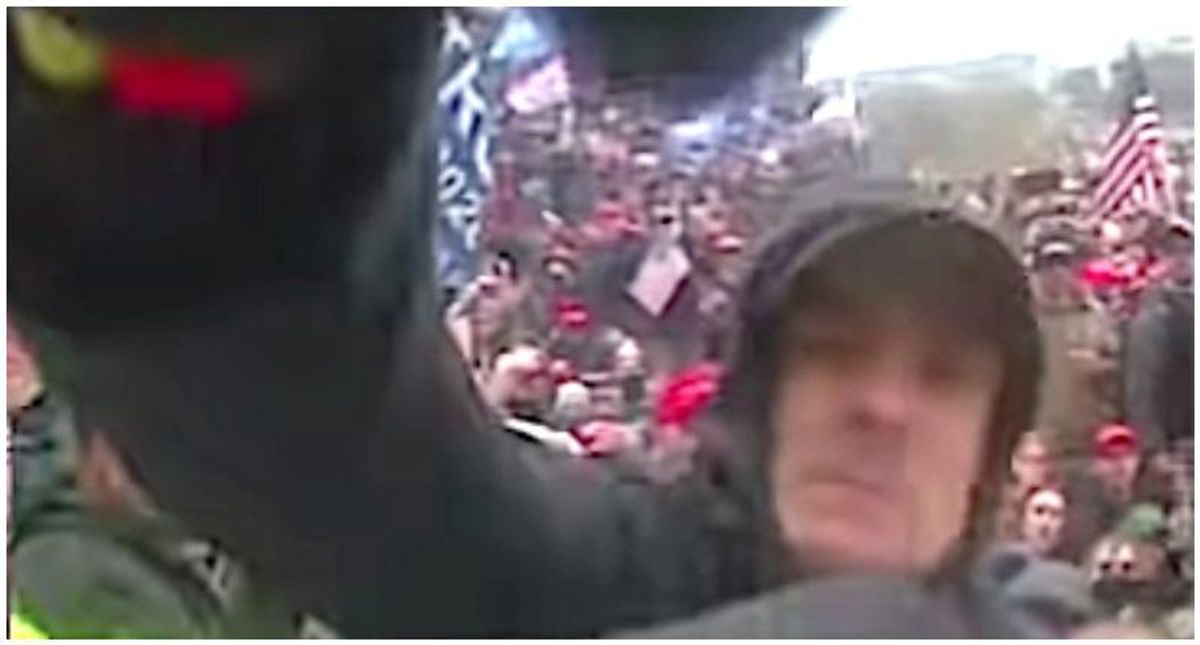 A New York man facing charges for participating in the storming of the U.S. Capitol on Jan. 6, made 143 threatening calls to 9-11 the day before the riot, MLive reports.

Jonathan Joshua Munafo, who identified himself as "Yankee Patriot" on the calls, threatened a dispatcher, telling her that he was going to kill her if he wasn't allowed to speak to a police officer. According to an FBI statement of facts, Munafo punched a Capitol Police officer, used a flagpole to attempt to break windows at the Capitol, and stole a police officer's a riot shield. He's accused of placing the calls from North Carolina using an online number.

"F---ing c----, you're gonna get hurt for this, you really will," he told the dispatcher when she asked him to stop calling.

Munafo has a history of threatening behavior. Court documents show his online search history in the days before the Capitol riot shows inquiries for "Gretchen Whitmer," "Freedom Plaza, Washington DC," and guns and military surplus. In Massachusetts on Sept. 14, he threatened to shoot a man at a rest stop -- an incident that he failed to appear in court over. Days after the rest stop incident, he called the emergency line for the Massachusetts State Police about 21 times and used vulgar language to tell troopers he should not be in trouble.