Josh Hawley's hometown newspaper issues blistering editorial: 'He has blood on his hands' 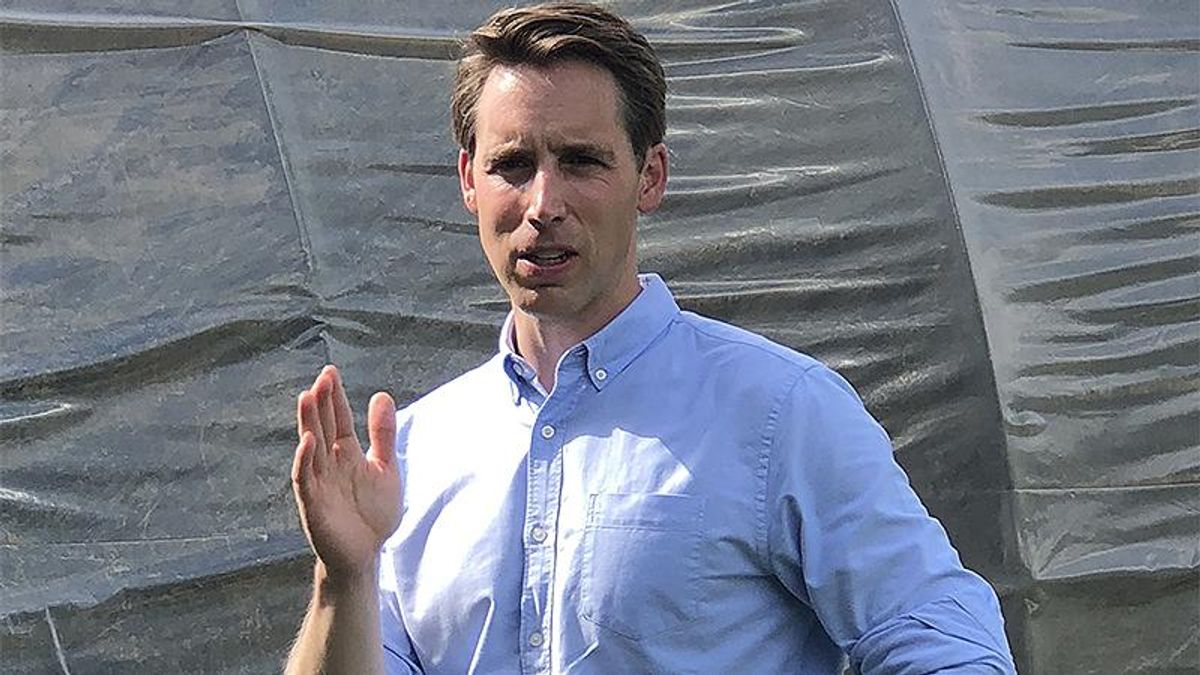 The violence in Washington, D.C. that resulted in one death and at least eight injuries was all helped along thanks to one man, the Kansas City Star editorial board wrote Wednesday.

Before armed insurrectionists attacked the U.S. Capitol, Hawley was shaking hands with those Trump supporters there. He was photographed with his fist in the air waving to the MAGA fans.

No one other than President Donald Trump himself is more responsible for Wednesday's coup attempt at the U.S. Capitol than one Joshua David Hawley, the 41-year-old junior senator from Missouri, who put out a fundraising appeal while the siege was underway," began the Editorial Board. "This, Sen. Hawley, is what law-breaking and destruction look like. This is what mobs do. This is not a protest, but a riot. One woman was shot and has died, The Washington Post reported, while lawmakers were sheltering in place."

They cited a George Will column from the Washington Post in which the conservative commentator asked: "Has there ever been such a high ratio of ambition to accomplishment?"

It was a sentiment that former Missouri Senator Claire McCaskill shared, saying that she's tried to be polite and not criticize Hawley in his first few years of office, but she said that it is clear that his ambition got in the way of his job.

"Hawley's actions in the last week had such impact that he deserves an impressive share of the blame for the blood that's been shed," said the Star.