Kansas Republican arrested for attack on student after rant about God talking to him: report 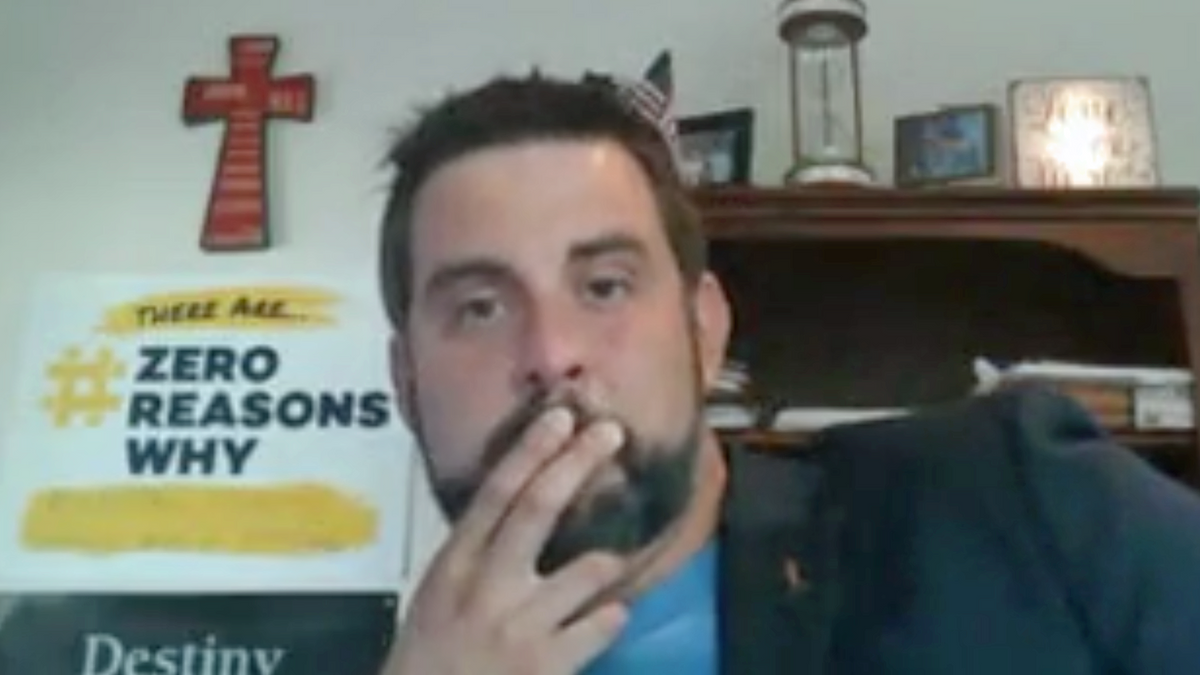 Shocking reports are coming out of Kansas.

"Kansas state Rep. Mark Samsel was arrested and charged with misdemeanor battery on Thursday after getting into a physical altercation with a student while substitute teaching in Wellsville. Samsel, 36, was booked into the Franklin County Adult Detention Center after 3:30 p.m. Thursday," the Kansas City Star reports. "He has since been released on $1,000 bond, Sheriff Jeff Richards said."

In one video, Samsel reveals that a sophomore has attempted suicide three times because "he has two parents and they're both females."

"He's a foster kid. His alternatives in life were having no parents or foster care parents who are gay," Samsel said. "How do you think I'm going to feel if he commits suicide? Awful."

In another video, before pushing a student, Samsel said "You're about ready to anger me and get the wrath of God. Do you believe me when I tell you that God has been speaking to me?"

He also reportedly told the class they had permission to kick the student in the genitals.

The newspaper reported "Parents told The Star that Samsel 'put hands on the student' and allegedly kneed him in the crotch. In a video apparently taken immediately after the incident, the student is shown laying on the ground. Samsel is standing over him and says, 'did it hurt?'"

Superintendent Ryan Bradbury said Samsel will no longer be able to work as a substitute teacher.