As Kari Lake whines about ‘botched’ election, Arizona moves on — angering the GOP

Governor-elect Katie Hobbs was welcomed to the office by the current governor, Doug Ducey on Wednesday as he offered to make the transition from his government to hers a peaceful and easy one. 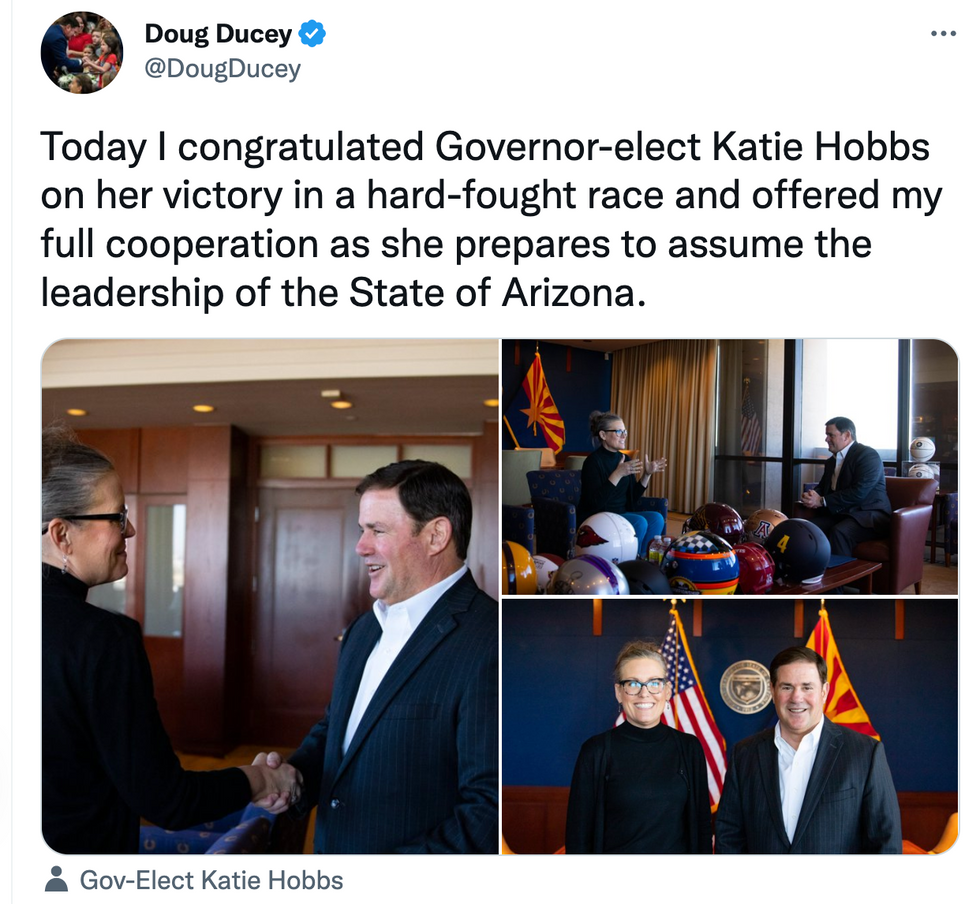 It's something that Hobbs' chief of staff highlighted in a tweet as well. It harkens back to Jan. 6, when Donald Trump refused to cooperate with a peaceful transition for his presidency. 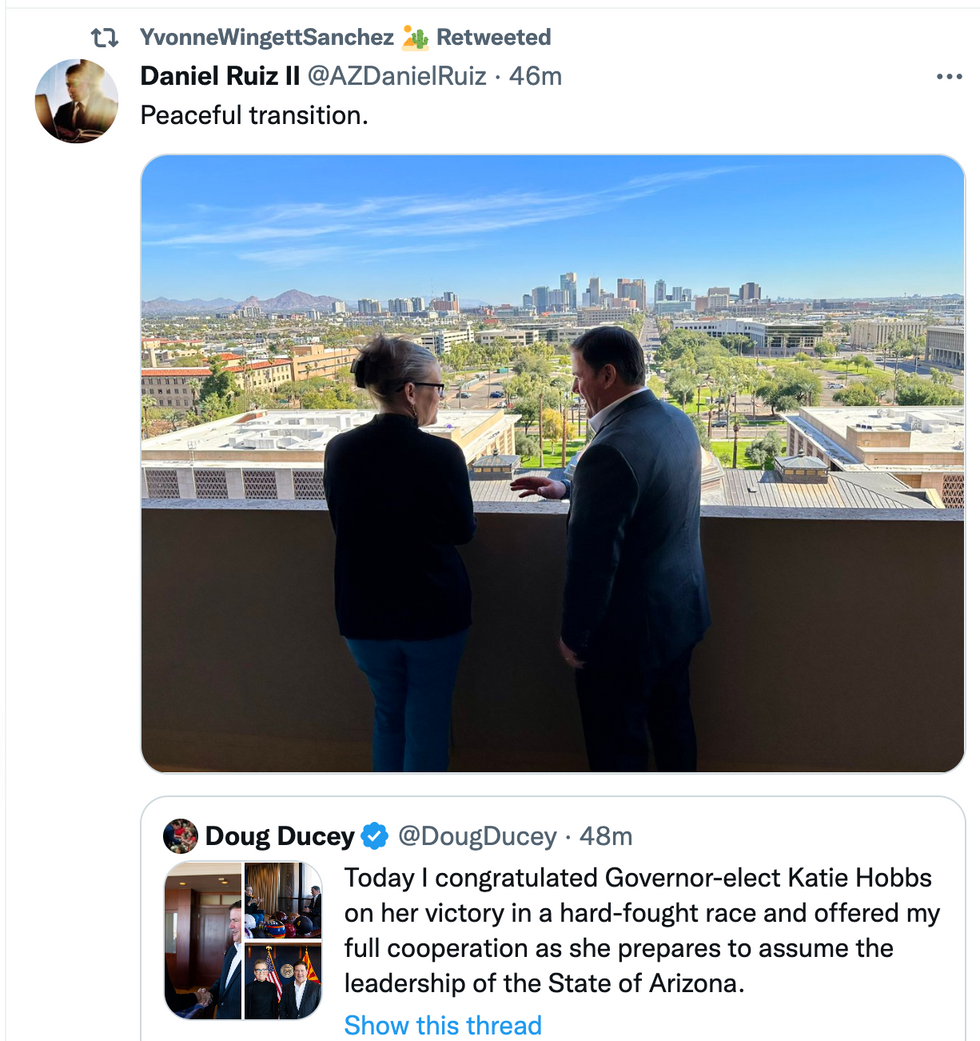 Meanwhile, the failed Republican opponent, Kari Lake, continued her conspiracy about her election loss and pledged that she was going to launch her court case that would ultimately deliver her a victory.

“We’re on a timeline. A very strict timeline when it comes to fighting this botched election, and they’re dragging their feet. They don’t want to give us the information, so we’re asking the courts to force them," she tweeted.

Ally and GOP chair, Kelli Ward, attacked Ducey, saying that he was the same guy "Republican voters rejected during the primary then he disappeared from AZ until climbing out of his hole today to celebrate this."

NOW WATCH: 'The Supreme Court has lost it’s honor': Donald Trump rants after SCOTUS rules he must hand over his tax returns

'The Supreme Court has lost it’s honor' Donald Trump rants after SCOTUS rules he must hand over his www.youtube.com