Patel was also nearly a nominee to serve as the deputy to the CIA. The actual CIA director, Gina Haspel, reportedly threatened to resign if it happened.

The new Patel children's book paints Donald Trump as "the King," and glorifies the fake story about 2020 voter fraud taking away "the King's" power unfairly.

The Trump aide posted on Truth Social that he was offering a special message for the first 10 buyers of his book at a recent signing. A fan who purchased it posted a photo showing that Patel's message was the QAnon slogan "Where We Go One We Go All," abbreviated awkwardly to WWGOWGA.

Trump has turned toward QAnon recently because they remain among those willing to support him at a time other Republicans are abandoning him for Gov. Ron DeSantis (R-FL). Many QAnon conspiracies claim that Trump will retake power or will be somehow reappointed to the White House. The date for this action keeps moving further out after the deadline comes and goes without Trump being reappointed.

See the moment captured by a fan from Truth Social and "re-truthed" by Patel below: 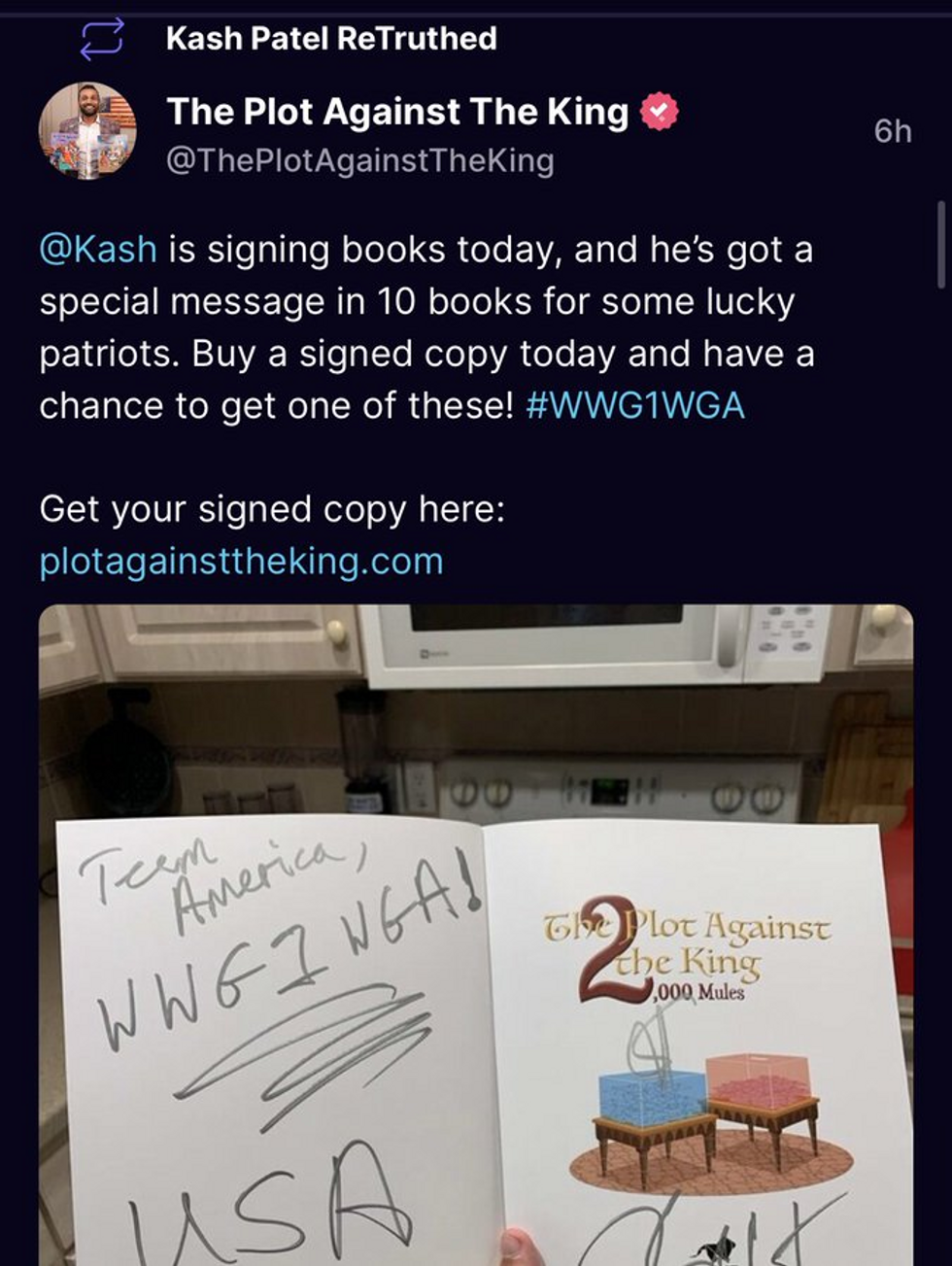