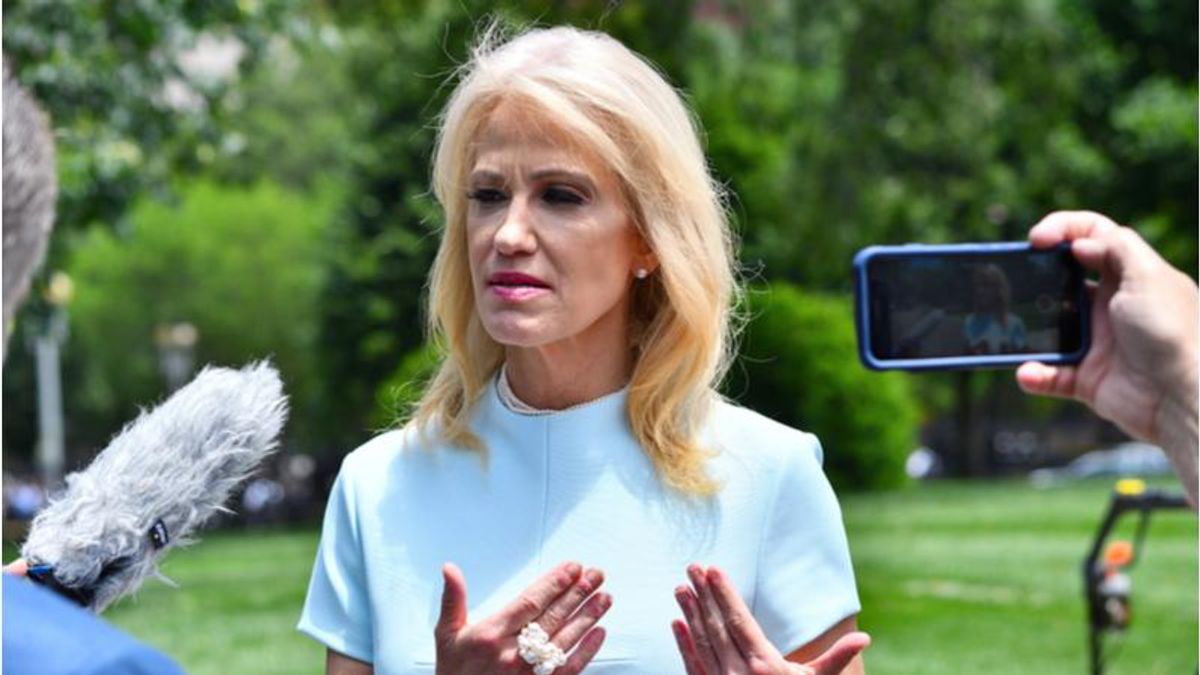 In a piece published this Friday, Vanity Fair takes a deep dive in the relationship between Kellyanne Conway and George Conway: one, a former adviser to Donald Trump during his time in the White House and one of his most vocal defenders to the media; and the other, a conservative lawyer who became one of Trump's fiercest critics.

According to Vanity Fair's Evgenia Peretz, while Kellyanne Conway's instincts are still to protect her former boss, her relationship with Trump is more complicated than some might think.

Peretz writes that during Conway's time in the White House, the environment was becoming "the MAGA Hunger Games" when it came to fighting for Trump's approval.

"Kellyanne was determined to come out on top," Peretz writes. "Her superpower, according to associates, was leaking to the press. While she made a show inside the White House of needing to stop the leaks and publicly bemoaned the 'palace intrigue' stories, she herself was a front, they say."

Peretz says that Conway took on two different roles when she was inside the White House, and when she was dealing with the outside world in private.

"According to associates, she needed to remain Trump's biggest champion, while privately insisting to those in the real world—the world from whence she came—that she was a fellow sane person who understood that Trump was a mess," writes Peretz, adding that when she was the company of "certain White House people," she referred to Trump "multiple times as 'a total fucking misogynist.'"

Read the full article over at Vanity Fair.