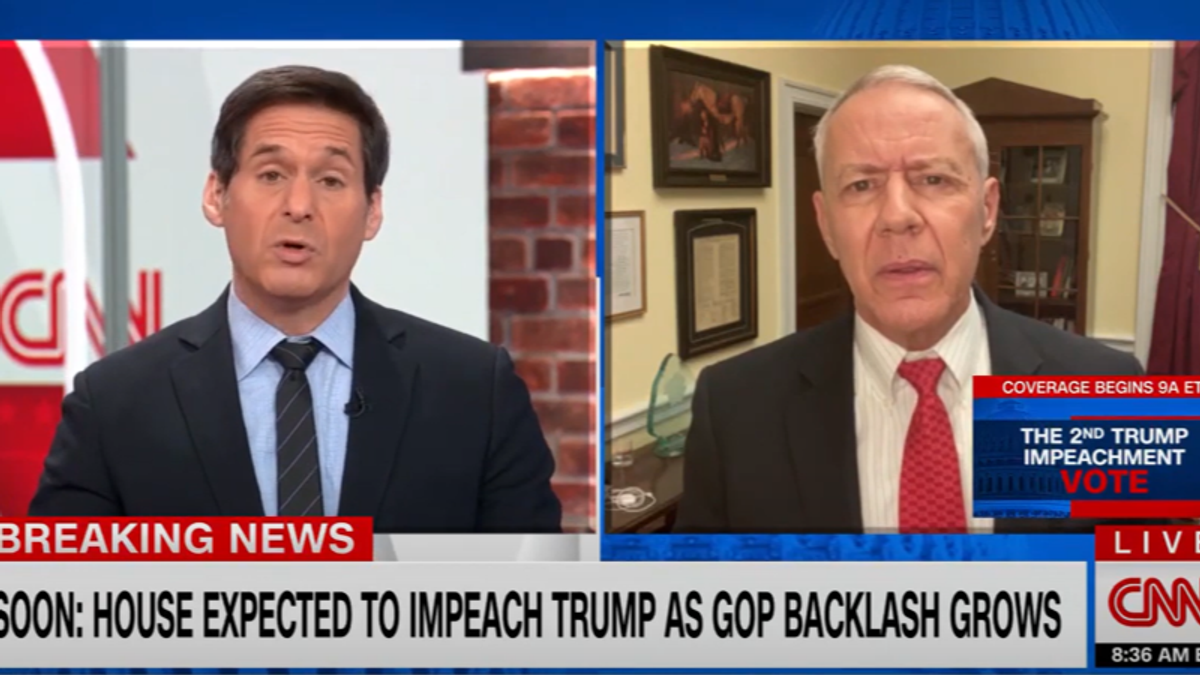 On CNN Wednesday, Rep. Ken Buck (R-CO) tried to suggest that Democrats bore some culpability for the violent invasion on the U.S. Capitol — and was promptly smacked down by anchor John Berman.

"Look, I don't think the president, on a number of occasions, has acted very presidential," said Buck. "That's not the question here. The question is whether it's an impeachable offense. What I'm trying to suggest to you is the level of animosity and the level of really vitriol between these two sides has been building for five or six years now. And to say that there's one speech or one incident that caused this group of people to storm the Capitol is just not accurate. What I'm trying to suggest to you is that both sides are at fault and in America, we need to be very careful—"

"How is the —first of all, you keep saying sides here," said Berman. I'm not sure Liz Cheney and Nancy Pelosi are on any sides together. You keep saying both sides. What on earth did any other side do than the side that invaded the U.S. Capitol, where I believe you're sitting right now?"

"I'm actually standing in one of the House office buildings, but what did the other side do?" said Buck. "You're asking me what Democrats have done?"

"First of all, I agree that the people who came into the Capitol are the people who are responsible for this action," said Buck. "But what I'm saying to you is that this animosity has been building over the years. It wasn't as if the president gave one speech and all of a sudden, people went from perfectly calm and thoughtful demeanor to this violent action that occurred, which is absolutely shameful. I'm not trying to excuse it. but the actions that have led up to this are typical of this impeachment."