'Will never be Speaker': House Dems taunt Kevin McCarthy after he vows GOP will run its own MAGA riot probe 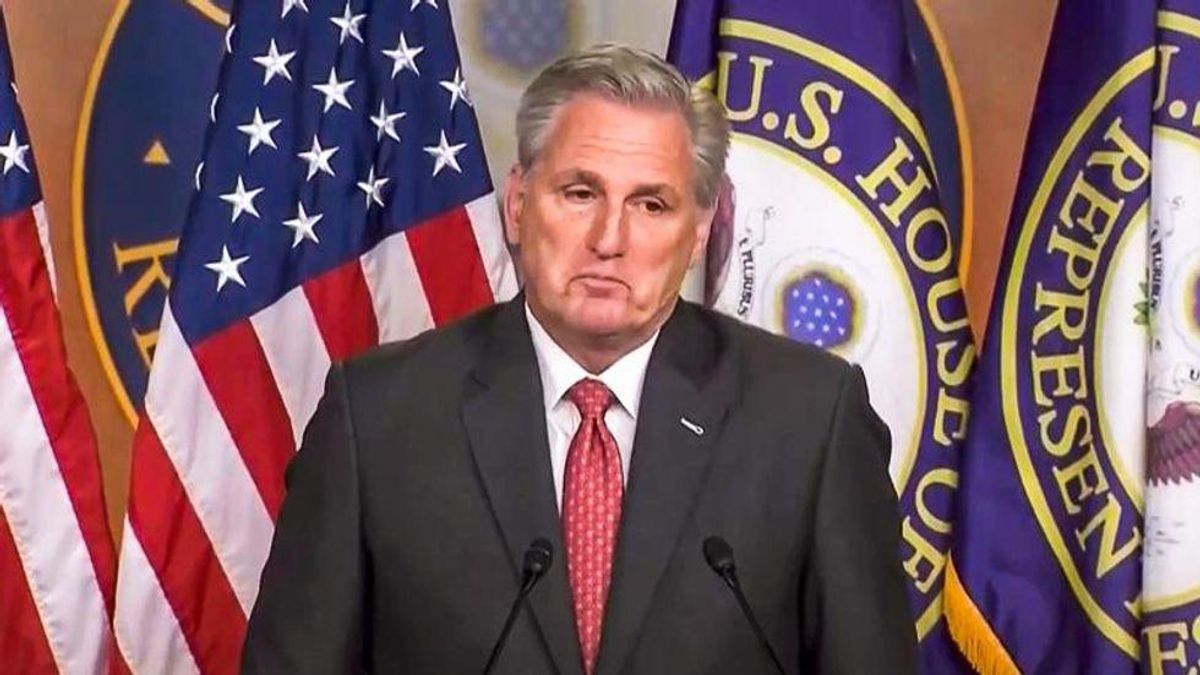 In addition to pulling his nominees out of the select committee, McCarthy also vowed that Republicans would conduct their own investigation into the deadly riots that were incited by their own party's former president.

This drew a scoff from Rep. Alexandria Ocasio Cortez (D-NY), who mocked the idea that Congress's biggest pro-Trump lawmakers could deliver a real investigation into their one-time leader.

"Where does McCarthy plan on doing his "own investigation" into Jan 6th if he's blocking Republicans from participating in the official Congressional investigation?" she asked on Twitter. "Parler?"

Rep. Ted Lieu (D-CA) accused McCarthy of trying to "take his marbles and go home" after Pelosi blocked him from appointing Jordan and Banks, who both signaled their intentions to sabotage the select committee earlier this week.

Rep. Gerry Connolly (R-VA) responded to McCarthy's move by singling out Jordan as a particularly bad choice to serve on the committee.

"Believe me, he doesn't belong within a mile of any serious inquiry into the attack on the Capitol," Connolly wrote on Twitter.

And Rep. Eric Swalwell (D-CA) taunted McCarthy for "crying" about Pelosi's veto while also saying "he will never be Speaker."