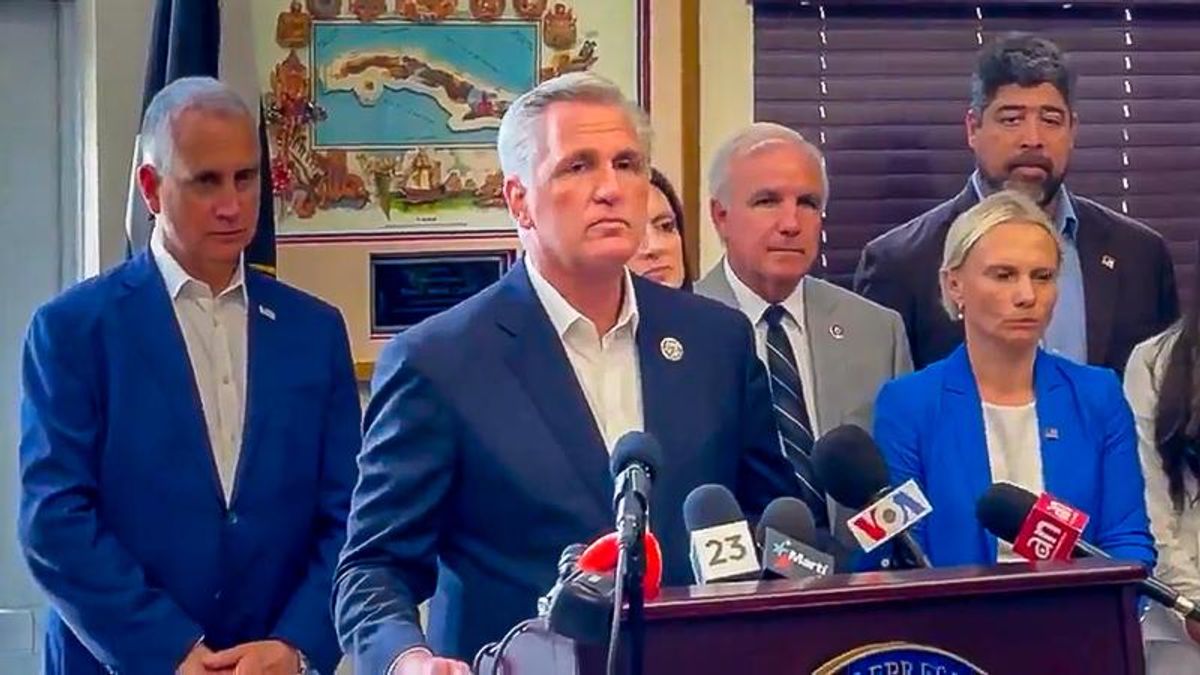 Four law enforcement officers reportedly removed a journalist from House Minority Leader Kevin McCarthy's (R-CA) press conference on Thursday when he tried to ask a question about the Jan. 6 committee.

"I tried to ask @GOPLeader McCarthy a question after he decried Cuban police pick up up people in the streets," Grant Stern explained in a tweet. "Why does he oppose the bipartisan #January6thCommission?"

"A Congressional staffer had four cops pick me up and drag me from the room," he explained.

Stern's bio indicates that he is an editor for the OccupyDemocrats organization.