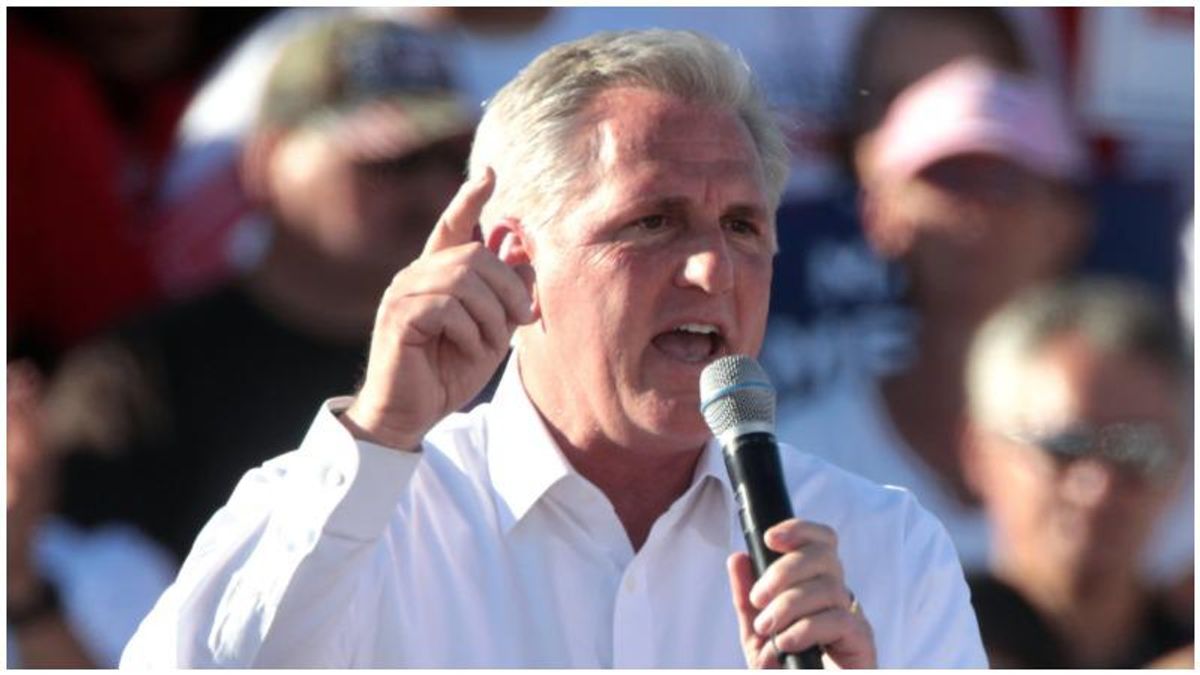 In an op-ed for the Los Angeles Times this Tuesday, Michael McGough points to a Fox News segment from this Sunday where GOP House Minority leader Kevin McCarthy was asked about a "special committee" to investigate the storming of the U.S. Capitol on Jan. 6.

"Since Good Friday we just had Officer [Billy] Evans killed in the Capitol," McCarthy said. "For the last year we've had political violence across this country and in this city. I think we should look at all of that."

McGough contends that the killing of U.S. Capitol Police Officer William "Billy" Evans by 25-year-old Noah Green, who overran a police barricade with his car and was subsequently shot and killed by officers, "is arguably connected to the Jan. 6 riots because both incidents implicate Capitol security measures."

"But the idea that a Jan. 6 commission would look at 'political violence across the country and in this city' is bizarre," McGough writes.

"This whataboutism isn't surprising coming from McCarthy," McGough continues. "After a brief moment in which he acknowledged that Trump bore responsibility for the riots, the Republican leader has been engaged in a cringe-making effort to cozy up to the former president, including by traveling to Mar-a-Lago to enlist Trump's aid in the GOP's drive to regain control of the House next year."

Read the full op-ed over at The Los Angeles Times.