DC insider: Kevin McCarthy was 'a pathetic glob of protoplasm' during Jan. 6 insurrection 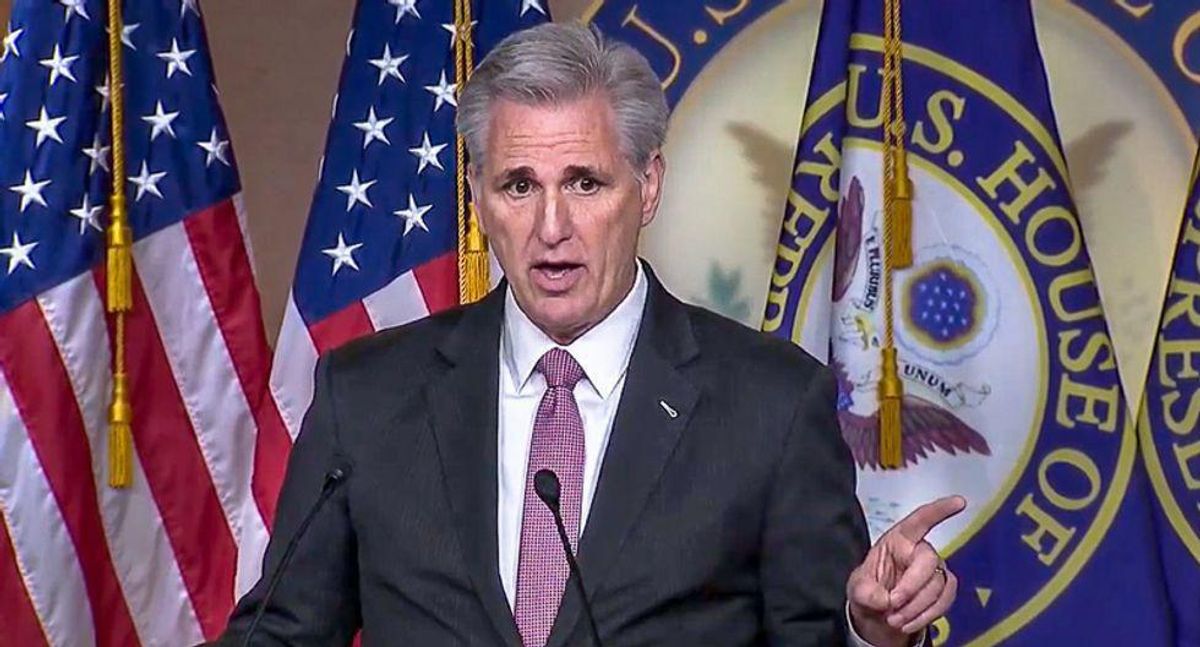 Williams noted Carville had given "famous advice to members of your party to own that insurrection every day, hold it up to the Republicans every day."

"The question is, how do you reckon they have done so far this week? I noted some genuine surprise that McCarthy was going to, in effect, pull a Benghazi on this — throw up a bunch of distractions and including but not limited to [Nancy] Pelosi didn't have enough security on hand that day."

"Well, remember McCarthy was a pathetic glob of protoplasm," Carville, a former Marine, replied. "He was panicked out of his mind on January 6th, calling the president, begging for help and everything else. Then he refuses to have the bipartisan committee and now he's doing this. The guy has no sense of shame. It's just -- it's really unbelievable when you look at the actual facts of what happened."

Carville explained how he saw the political situation, saying, "McCarthy is not a particularly bright man and a particularly weak person. And I think that Pelosi is a very bright and a very strong person."

He then suggested the investigation would look at the getaway car driver.

"And I think we're going to want to find out how much cooperation that these criminals on January 6th had from members of Congress. I know there's great interest in that, and I think that Speaker Pelosi is going to want that committee to look into that and find out if there's culpability, because somebody was driving this getaway car."