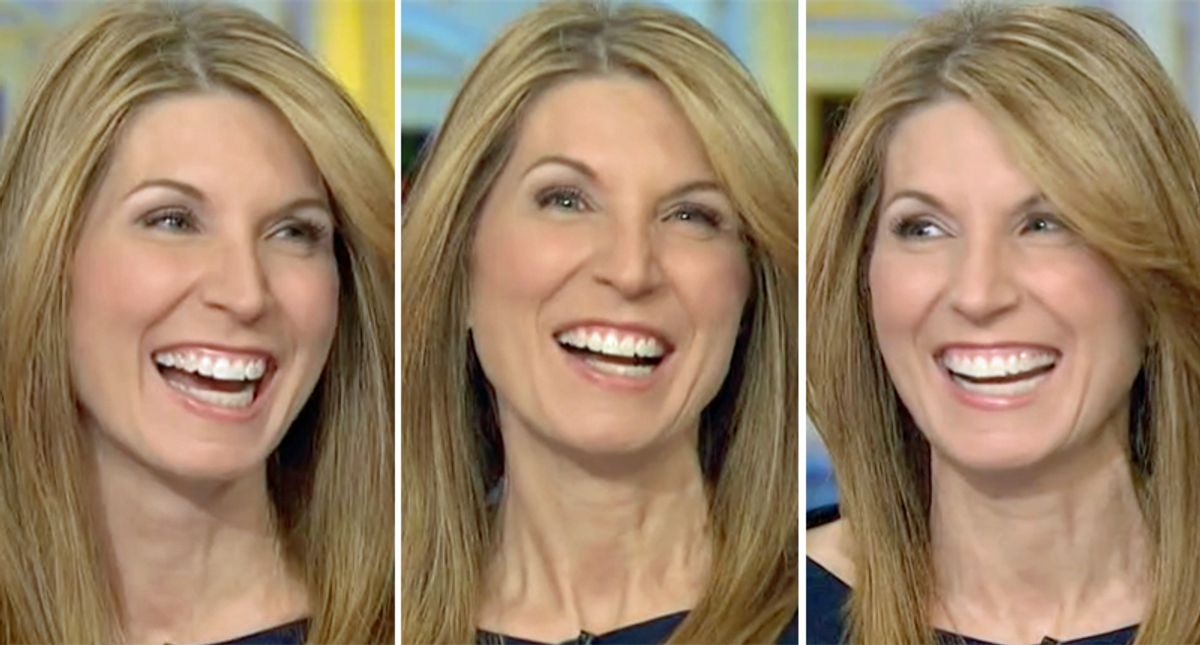 MSNBC Jake Sherman reported Tuesday that Rep. Liz Cheney (R-WY) will likely be removed from her leadership position next week because Minority Leader Kevin McCarthy was caught on tape saying that he's sick of her talking about former President Donald Trump.

It's the kind of drama that host Nicolle Wallace said that it would be "funny" if it wasn't so "bleep bleep tragic."

"As he loses his grip based on John Bolton's polling of independents, Republican-leaning independents, they oust Liz Cheney for speaking the truth about the lie that undergirds the domestic violent extreme threat in the United States of America."

Bulwark columnist Tim Miller agreed but explained that there is a wrong assumption that this had to happen because it's clear that the Republican Party base wants it this way.

"It isn't. It's all about choices all these men made, mostly men, in order to succeed to Donald Trump," said Miller. "The choice they're going to make next week, according to Jake's reporting, is that the only member of Congress that is going to suffer any consequences from the siege on the Capitol that was inspired by Republican lies is the one woman who is willing to speak the truth about it. Okay? So, on January 6th, you had Lindsey Graham saying it's time to move forward. Mitch McConnell says it was an attack on our democracy. All these guys could have gotten together and said, 'we're going to make a change, and we're going to move forward,' and Liz Cheney could be in good standing."

Miller said that it's curious that Republicans are saying that Cheney is doing it to herself by talking about Trump all the time because no one talks more about Trump than the Republican Party.

"It's not the Democrats who are still talking about Donald Trump. The NRSC gave him an award. Rick Scott flew down to Mar-a-Lago to hand him the freedom award. All of the NRCC's texts, they text me every day saying 'sign up to show your support for Donald Trump.' So, the Republicans in Congress are not trying to move forward. It's not like there is one side that says 'let's move forward for Trump,' but then Liz Cheney, who wants to relitigate the past. The two sides are: Liz Cheney, who wants to tell the truth about Jan. 6, and the other side, who wants to keep telling the lies and keep standing by Donald Trump. Those are two sides. There's are a class of Republicans that are trying to align that fact and turn what Liz is doing into something that it isn't."

Wallace explained that McCarthy knows that Cheney is right because he said as much on the House floor after the Jan. 6 attack.

"Kevin McCarthy knows what he's purging is the truth-teller, and that he's siding with the lies," she continued. "I don't know if he thinking that the things he whispers to reporters aren't sometimes caught on tape, but here's Kevin McCarthy, according to Kevin McCarthy."

Wallace then played the clips of McCarthy making it clear that he knew Trump lost and that the attack on the Capitol was by dangerous Trump supporters.

Would be funny if it wasn't so bleep bleep tragic www.youtube.com