Hundred-year-old story of the Klan sounds a lot like Trumpism today: columnist 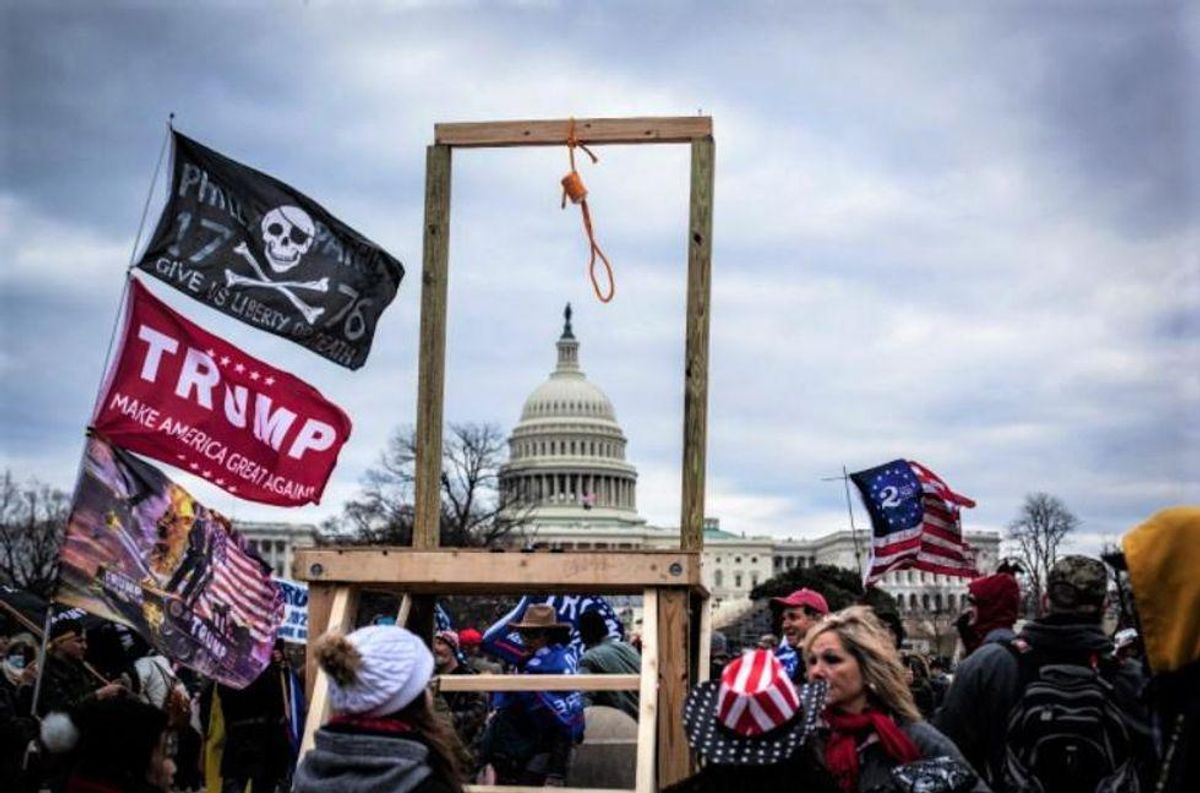 One hundred years ago, a 21-part expose on the Klan was published in The New York World, exposing the ideology of the group and shocking a nation. Writing Sunday, New York Times columnist Charles Blow noted that the story was such a sensation that at least 18 other papers around the United States ran the stories. People even lined up to get the next installment.

"But, as I read through that coverage to write this column, I was struck by just how resilient Klan ideology has been in the years since The World exposed the group's systems and rituals; its ideas have been repackaged and dressed up — or, disrobed, as it were — but the core tenets remain the same," wrote Blow. "I was even struck by how many of the same tactics are still being used to preserve white supremacy and subjugate racial, ethnic and religious minorities in this country."

"It proves to me that Klan thinking is not really about the organization itself or its tactics — the night riding or cross burning — but about the very meaning of America and who controls it," he said.

He mentioned the hate and oppression that flowed through the history. According to the expose, by the 1920s the Klan had moved on from exclusively anti-Black hate to anti-Jew, anti-Catholic, anti-immigrant and others.

"That is not dissimilar from today, when xenophobia and Islamophobia have taken a more prominent role," Blow wrote.

He noted that the story cited how each region of the Klan would focus their hate on the predominant group in the area. For example, anti-Japanese hate was pushed on the Pacific Coast and anti-immigrant hate on the Atlantic Coast.

"This sounds eerily similar to the successful campaign that Donald Trump ran in 2016," wrote Blow. "Many of his supporters view America not as a grand idea, malleable and expandable, but as a white man's invention in which the displacement and slaughter of Native people and the enslavement of Africans was a necessary evil."

He recalled that one of the Klan initiations described in the series detailed how members were told, "all men in America must honor that flag — if we must make them honor it on their knees!" It was reminiscent of how Trump supporters treated Colin Kaepernick, Blow recalled.