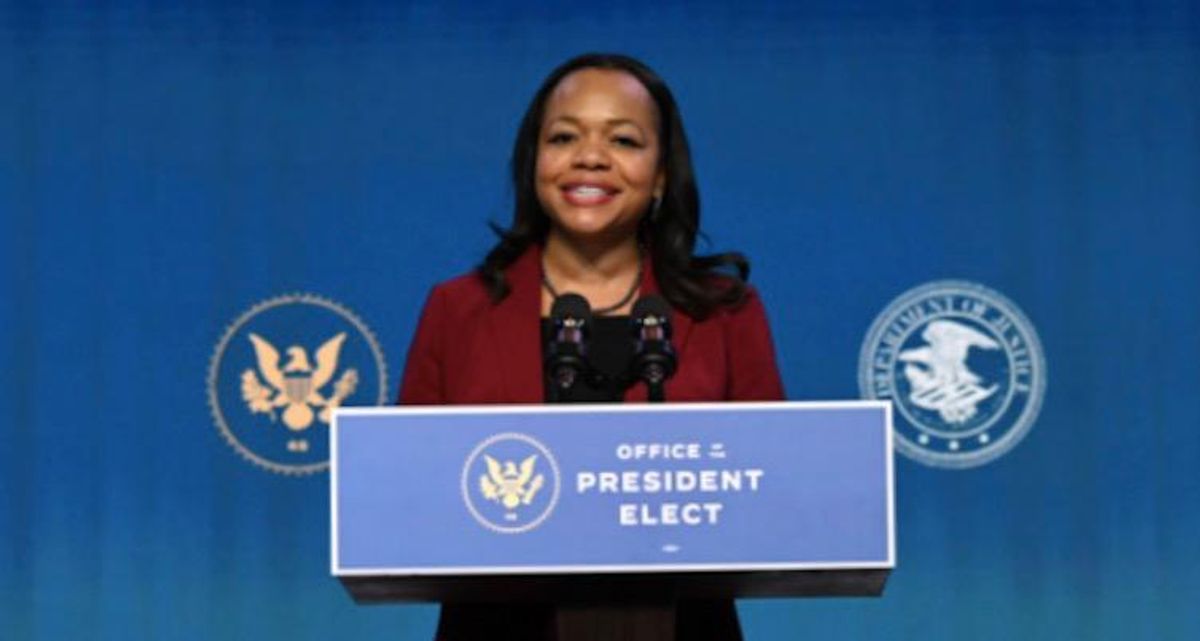 In a 51-48 vote on Tuesday afternoon, the U.S. Senate confirmed Kristen Clarke as the assistant attorney general for the Civil Rights Division at the U.S. Department of Justice, making the longtime progressive legal advocate the first Black woman to lead the division founded in 1957.

Sen. Susan Collins (R-Maine) was the lone Republican senator to vote to confirm Clarke, who served for the past five years as the president of the Lawyers' Committee for Civil Rights Under Law, a nonprofit organization that advocates for equal justice.

"With today's confirmation of Kristen Clarke as assistant attorney general for civil rights, civil rights enforcement will once again be a top priority for the Department of Justice," Damon Hewitt, acting president and executive director of the Lawyers' Committee, said in a statement.

"All people nationwide can be confident that we now have a civil rights leader who will enforce federal laws that protect us from discrimination and defend constitutional rights," Hewitt continued. "Having known Kristen for more than two decades and most recently serving as her top deputy, I know she is exactly the person we need at this moment when threats to civil rights have peaked."

Hewitt added that Clarke "has extensive experience protecting the fundamental right to vote and prosecuting hate crimes, and is a proven consensus builder who will be pushing institutions to change while making them stronger. Kristen's work will help to make the promise of equal justice for all a reality."

"For nearly 20 years, she has worked at our nation's leading civil rights legal and advocacy organizations, and led the Civil Rights Bureau at the New York Attorney General's office," the group noted, adding that during her time leading the Lawyers' Committee, the organization "filed more than 250 lawsuits to protect voting rights, advance equal educational opportunity, defend victims of hate crimes, support fair housing, and def[y]modern-day segregation."

Clarke's confirmation was also praised by Wade Henderson, interim president and CEO of the Leadership Conference on Civil and Human Rights, a coalition of more than 200 U.S.-based social justice organizations.

"This is an historic, important moment for our nation as Kristen Clarke becomes the first woman, and notably, the first Black woman, confirmed to lead the Civil Rights Division," said Henderson. "In this crucial role, Clarke will no doubt continue her lifelong commitment fighting tirelessly for equal justice under the law for every individual in this country, including people of color facing racial and sex discrimination, LGBTQ people, and religious minorities targeted because of their faith."

"The Justice Department," Henderson added, "is in superb hands as it continues to restore its role as chief enforcer of our civil rights."