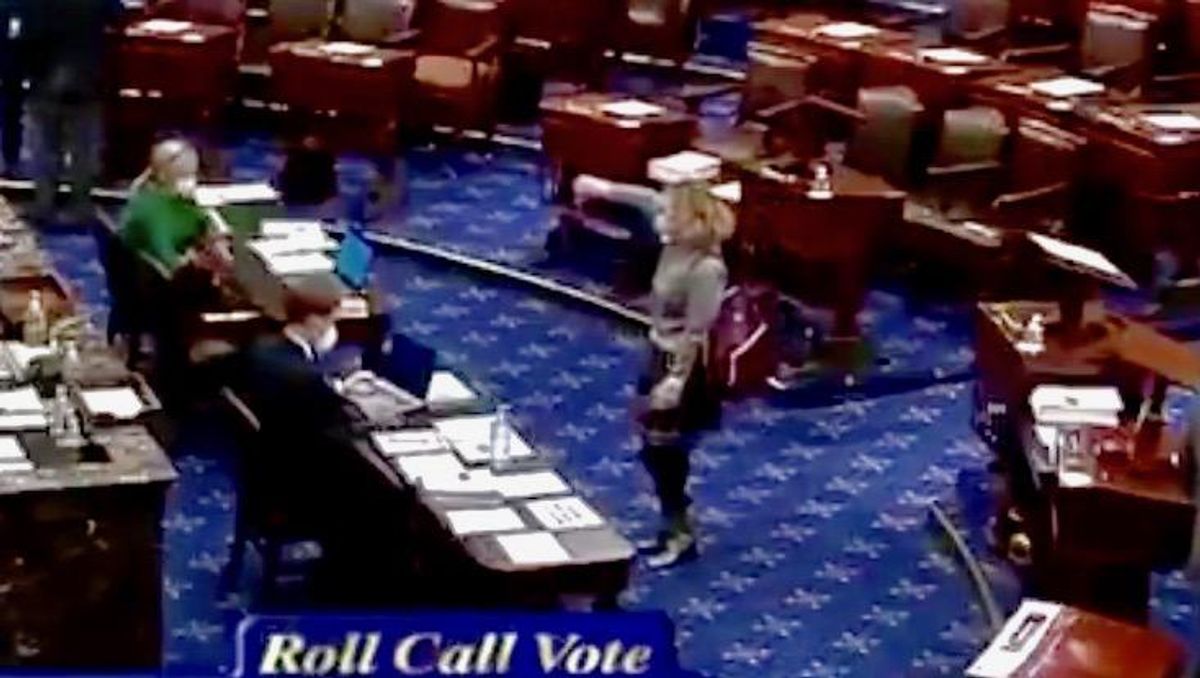 Senator Sinema having fun voting against a meager minimum wage hike that would benefit workers, businesses and the… https://t.co/vrvMVExpJ2
— Tim O'Brien (@Tim O'Brien) 1614973940.0

She also was criticized for how her vote came off as a "let them eat cake" moment.

"The only thing Sen. Kyrsten Sinema wants to give Arizonans and the nation is 'cake.' Forget the $15-an-hour wage or clearing the way for immigration and election reform. Sinema apparently just wants the little people to eat cake," Elvia Diaz wrote for the Arizona Republic. "She literally carried a cake to the Senate when she voted against Sen. Bernie Sanders' proposal to keep the $15-an-hour wage hike in the $1.9 billion COVID-19 relief plan. Her spokesperson later said Sinema brought the cake for Senate staffers who had been working through the night."

Past messages by Sinema also resurfaced.

Aída Chávez, a reporter for The Intercept who used to work at Arizona PBS, reposted a 2002 letter that the Arizona Republic published from Sinema.