Over 120 million laboratory rats and mice are used worldwide each year. Many are used to study distressing conditions like cancer, arthritis and chronic pain, and nearly all spend their lives in small, empty box-like cages: a kind of permanent lockdown.

Our new analysis shows that this restrictive, artificial housing causes rats and mice to be chronically stressed, changing their biology. This raises worrying questions about their welfare — and about how well they represent typical human patients.

We identified this impact of housing by extracting data from over 200 studies that investigated the effects of cage design on health outcomes known to be stress-sensitive in humans, such as mortality rates and the severity of illnesses like cardiovascular disease, cancer and stroke.

The importance of housing

The studies we synthesized all compared conventional “shoeboxes” — the small, barren cages typical in labs — with better-resourced housing containing running wheels, nest boxes, additional space or other items that allow natural behaviours like digging, climbing, exploring and hiding. Across the board, the animals in conventional cages became sicker than ones in better-resourced housing. For example, if given cancer, they developed larger tumours.

Conventionally housed animals were also at greater risk of dying, their average lifespans reduced by about nine per cent. Scientists have known for decades that rats and mice want more comfort, exercise and stimulation than is normally provided, and that conventional cages therefore induce abnormal behaviour and anxiety.

But this is the first evidence that they also cause chronic distress severe enough to compromise animals’ health. 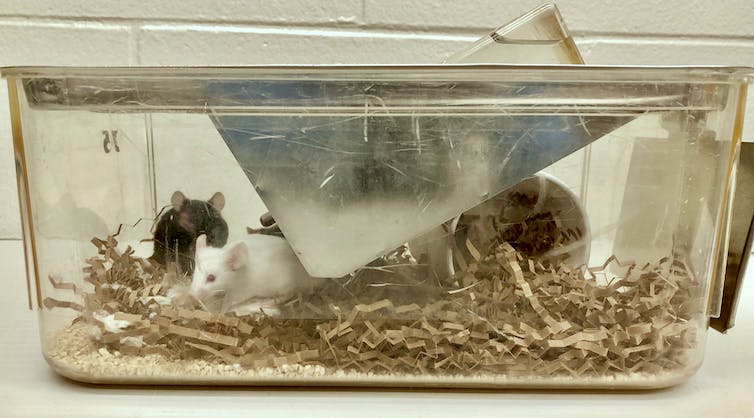 When mice are contained in stimulating environments, they are healthier.

Our study – like many others before us — also found evidence of methodological problems and poor reporting of experimental details. For example, the rodents used were male-biased, with few studies using female animals.

Furthermore, despite investigating housing effects, two-thirds of the studies in our analysis did not fully describe animals’ living conditions. Our findings support many previous suggestions that rats and mice living in barren cages that lack stimulation may not be suitable models, for several reasons. Research animals are typically male, as well as often overweight, sometimes chronically cold and cognitively impaired.

We suspect that the reliance on “CRAMPED” animals — cold, rotund, abnormal, male-biased, enclosed and distressed — could help explain the current low success rates of biomedical research. There are already examples of research studies generating quite different conclusions depending on how their animals are held, and we now aim to assess the extent to which this occurs.

That housing is critical for rodent biology, yet often poorly described in papers, could also help explain the “replicability crisis”: that at least 50 per cent of preclinical research results cannot be replicated when other scientists re-run a study. 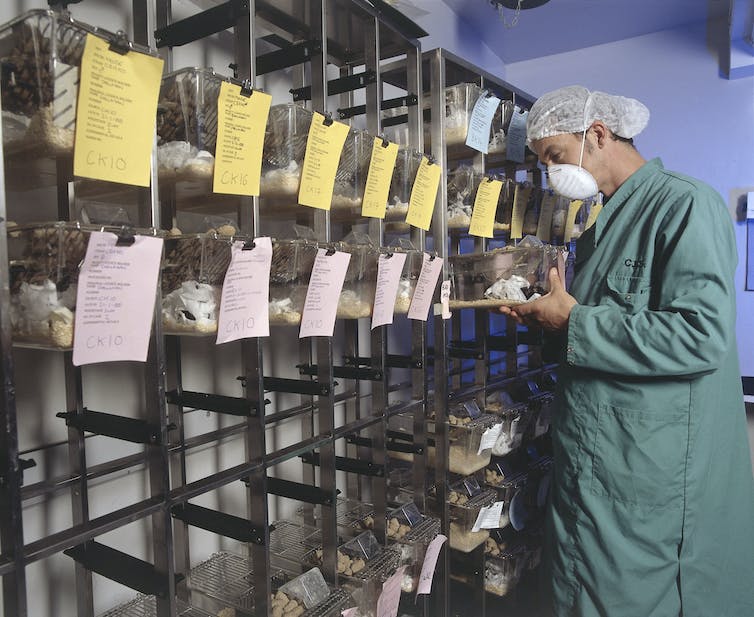 Housing is critical for the well-being of laboratory mice.

Only one to two per cent of the world’s research animals live in Canada, so why should Canadians care? For one, because this still means 1.5 million to two million animals are being unintentionally stressed: something that anyone who cares about animals will find concerning. But if animal housing does indeed change research conclusions, then that has financial implications too. Canada spends about $4 billion a year on health research. Following U.S. estimates, if half of that is animal-based, of which only 50 per cent is reproducible, then Canada may be spending around $1 billion a year on non-replicable animal studies.

And even when studies are replicable, well under five per cent of them yield usable medical benefits for humans. This is a huge contrast with the Canadian public’s expectation that approximately 60 per cent of animal work leads to new human drugs.

Canadian standards require that mice be provided with nesting materials that can keep them warm, but is it time to improve them further?

The “shoeboxes” that rats and mice currently live in should stop being ignored as if a neutral backdrop, and instead be seen as a determinant of health: one we can modify, improve and study. Doing so would allow us to better model the diverse social determinants of human health, and improve animal well-being at the same time.

The sonnenrad and the Buffalo shooter: How the 'black sun' became a symbol of hate

Just before the supermarket shooting that killed 10 people on May 14, 2022 in Buffalo, New York, the suspected terrorist posted a manifesto online. The top is adorned with a “sonnenrad,” or “black sun,” an old Nordic symbol.

The sonnenrad is composed of 12 repeated runes – letters from ancient Germanic languages – arranged in a wheel. Each rune represents a sound, like in the Latin alphabet, but they also have a meaning when they stand alone.