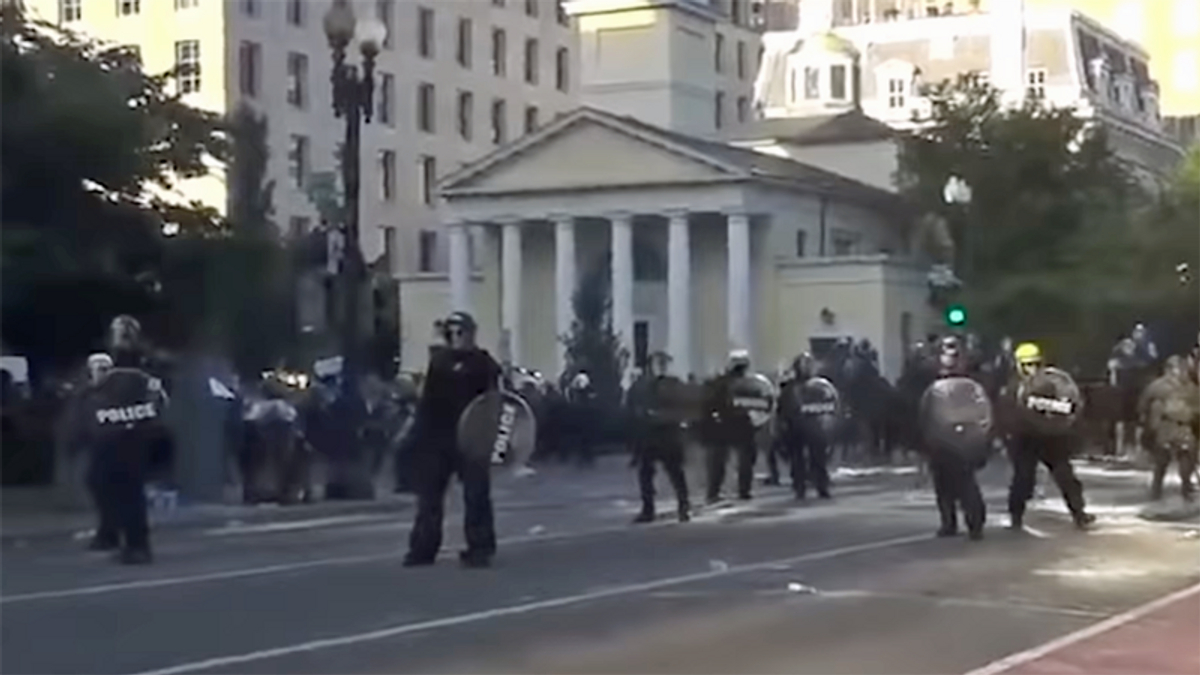 More details are coming to light on the widely-criticized scheme to tear-gas protesters in Washington, DC so then-President Donald Trump could hold a photo-op holding a bible upside down in front of a church.

"An attorney for DC Police said in court, for the first time, that the department did indeed use tear gas on protesters around Lafayette Square Park last June. Protesters and the ACLU are suing federal police, and MPD, over their use of tear gas," WUSA-TV reports. "MPD has consistently said that it was 'not involved' in what happened at Lafayette Square Park on June 1, 2020 when protesters were forcefully cleared minutes before former President Donald Trump walked to St. John's Episcopal Church."

"WUSA9 collected evidence and showed video that proved federal police agencies fired tear gas canisters at protesters at and around Lafayette Square Park on June 1," the network reported. "Protesters also reported seeing DC Police firing tear gas in their direction closer to 17th and H while fleeing federal police tear gas. The department has previously refused to say what, if any, tear gas munitions officers used on protesters that day. Leadership has said that its actions were to enforce Mayor Muriel Bowser's 7 p.m. curfew."

A video timeline of the crackdown on protesters before Trump’s photo op | Visual Forensics www.youtube.com