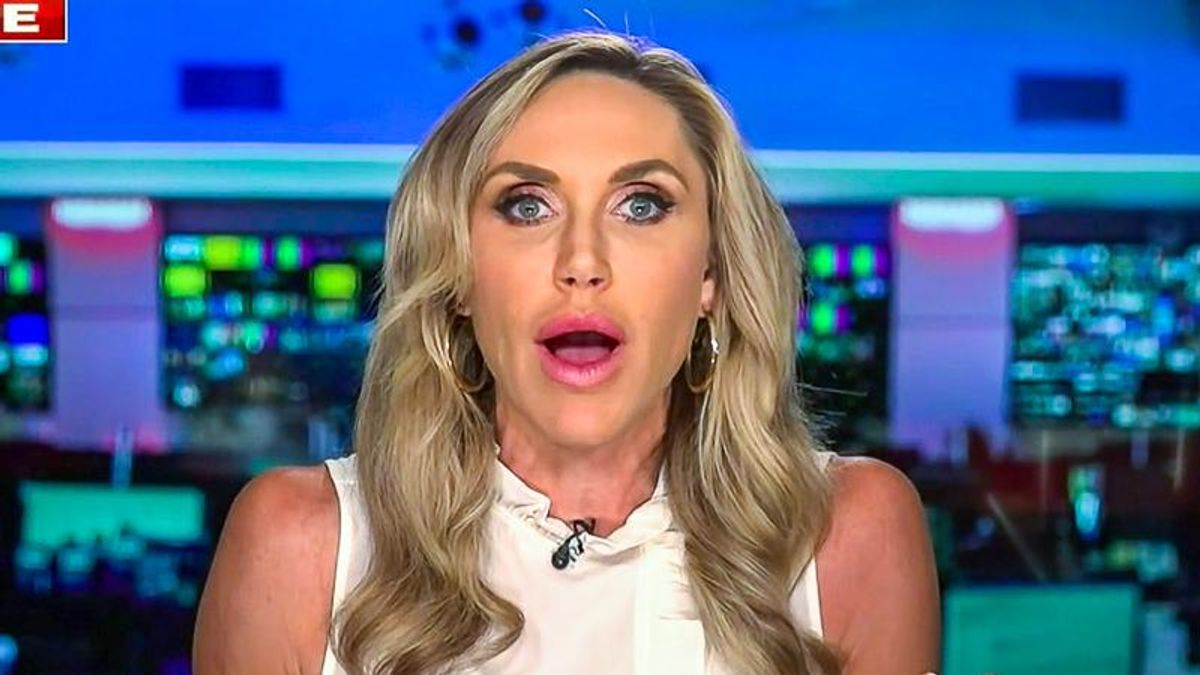 "Remember the good old days, guys, whenever Donald Trump would walk to Marine One unprepared, no note cards?" the former president's daughter-in-law gushed. "He would just go and say, 'You, you, you' -- call on anybody and everybody. We had transparency from our White House. I mean, this is important stuff."

"Are you kidding me?" she continued. "You are the president of the United States. Think about the signal that this sends to our adversaries, to Vladimir Putin, to Kim Jong-un, to Xi Jinping, to people that are kind of looking for weakness within the United States. It makes us look ridiculous. It is embarrassing."

Trump also blasted Vice President Kamala Harris by suggesting that her only qualifications are her race and gender.

"She needs to do something about our southern border," Trump said. "She needs to answer questions. She can't just laugh them off and cackle about it like she's been doing. But don't forget, she dropped out of the race, guys, for the Democrat [sic] primaries before her home state of California even voted."

"She probably thought, 'I'm in over my head here,'" she added. "Now she is vice president of the United States and I think we're seeing the consequences of possibly choosing a person based on identity politics, based on their gender and not qualifications. This is what you get."