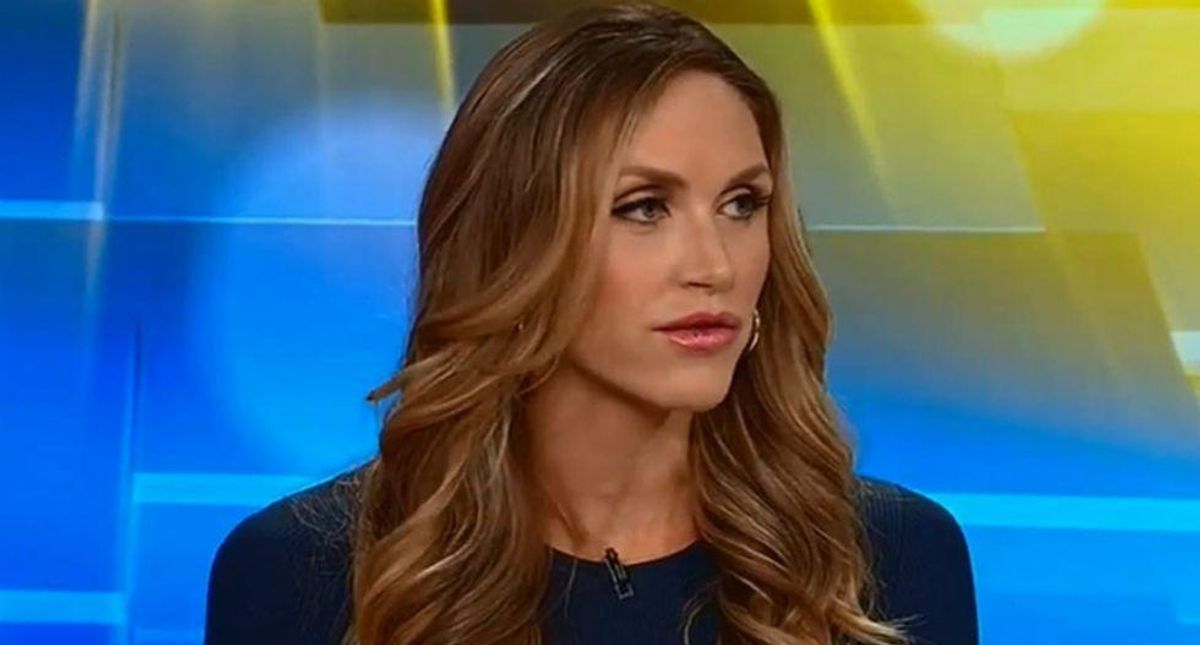 "In addition to having no prior relevant experience whatsoever upon entering the White House—weirdly, a failed line of steaks and vodka doesn't count—he was almost defiantly ignorant about what the gig entailed and refused to educate himself in a way that would have benefited the country," she wrote.

It's for that reason that she found it odd that Lara Trump thought she has the careful experience and rational judgement to criticize Harris on, well, anything.

Lara Trump and Fox News host Jeanine Pirro really hate V.P. Harris, blaming her for all border crossings. Interestingly the two were singing the praises of Donald Trump's wall stopping all border crossings when he was president. So, it's unclear why the same wall isn't stopping them now, but it's Harris' fault.

"In a wildly misogynistic exchange Trump claimed Kamala has no business being V.P. and was only picked for the job because she's a woman," wrote Levin, noting that Trump forgot about the list of women who ran for president in the 2020 Democratic primary.

"Pirro then asked Trump, perhaps even less qualified to offer policy advice than her father-in-law, what recommendations she would give to Harris. Trump responded that she had 'a lot' but wasn't sure if she could 'say them on television,'" wrote Levin.

As a reminder, Harris was a prosecutor, district attorney, attorney general and U.S. senator before becoming vice president. Lara Trump was a story coordinator and eventually a producer on Inside Edition before she joined the Trump campaign. Her job is now as a Fox News pundit.