Larry Elder ends campaign event after someone in 'angry' crowd threw an egg at him: report 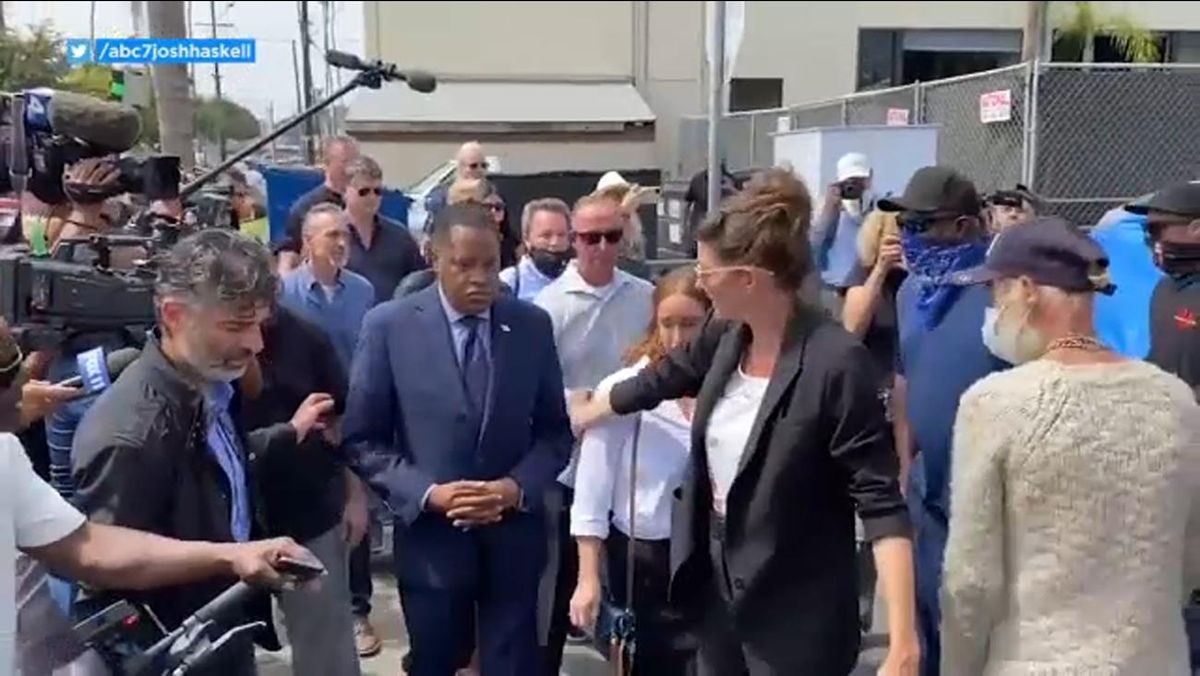 California gubernatorial hopeful Larry Elder had to cut a campaign event short on Wednesday after being confronted by an "angry" crowd, including one person who threw an egg at him.

ABC 7 reports that Elder was touring a homeless encampment in Venice when many of the homeless who were there were apparently unhappy with his presence.

Many of the people at the encampment started shouting angrily at Elder, and at one point a woman wearing a mask threw an egg at him.

"The tour was cut short, and Elder was escorted to a waiting vehicle, taken away by his security to another location in Venice," writes ABC 7. "In South El Monte on Tuesday, Elder campaigned on jobs and the economy, attacking Newsom for shutting down California and hurting businesses during the pandemic. But a recent poll showed COVID-19 is the most important issue to voters, and Newsom believes Elder would take the state backwards on addressing the pandemic."

Watch footage of Elder at the encampment below.