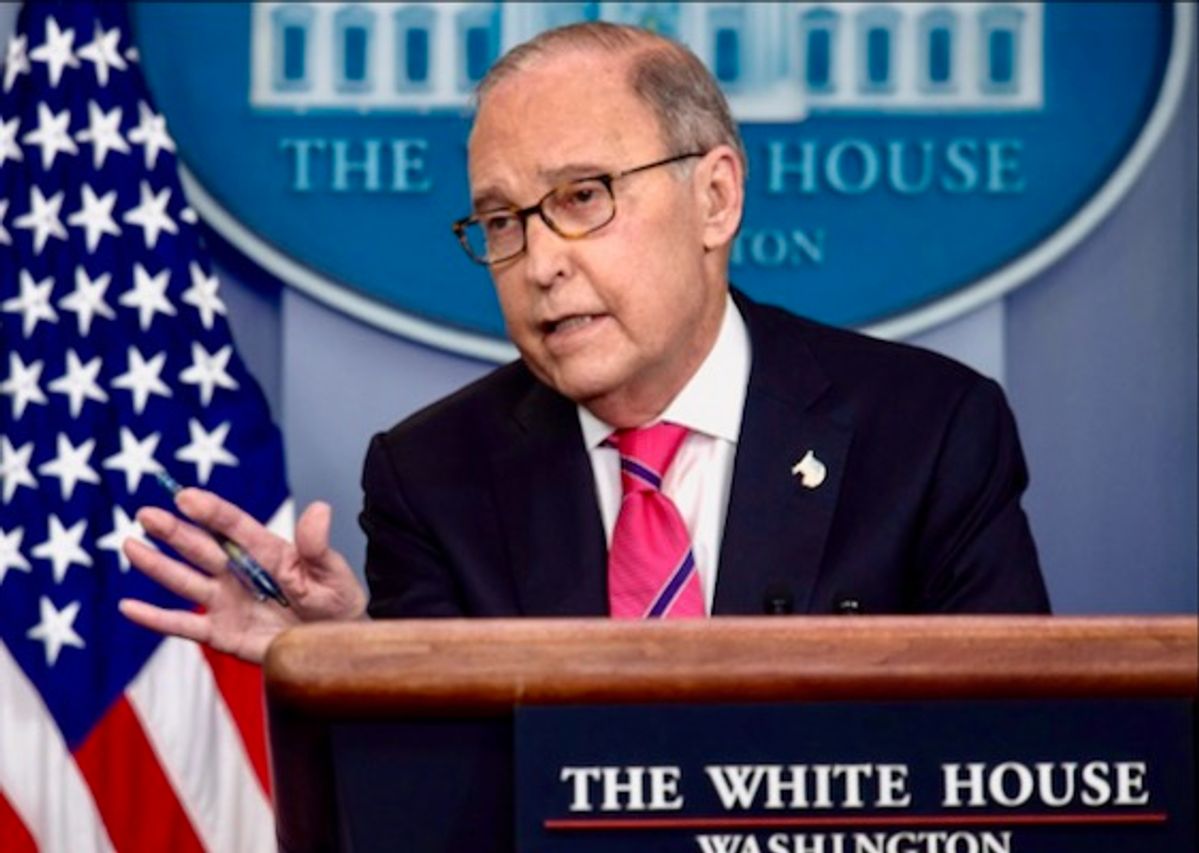 His top economic advisor joined the chorus of criticism during an 80-minute interview with The Wall Street Journal.

"I was hoping that he would come out quickly and make statements calling everybody back and stopping the violence," White House National Economic Council Director Larry Kudlow said.

"Once the electoral college declared Mr. Biden to be president-elect, we would have been better advised to acknowledge that and to pivot toward talking about our positive achievements and the policies that generated those policy achievements," Kudlow explained.

"I was very disappointed in the president," Kudlow said of his boss. "The vice president's legal experts were very clear in providing Mike with the knowledge that he had a very, very limited role in the congressional certification of the electors, and virtually, except for a few extremists, the entire legal profession agreed with Pence."

Kudlow also commented on Trump's refusal to push masks during the coronavirus pandemic.