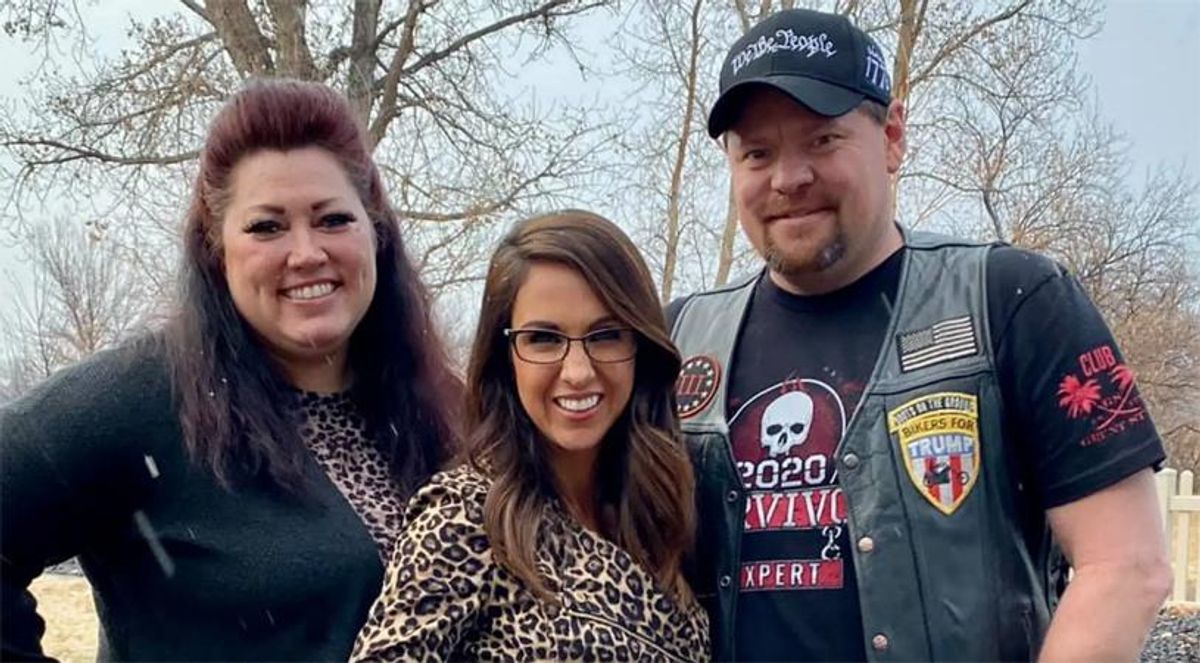 According to the report, "Last week, a photo of Boebert posing with Bikers For Trump and 'Three Percenter' militia extremists at a Dec. 2019 gun rights rally in Denver, first reported by the Colorado Times Recorder, went viral due to misinformation stating it was taken in Washington prior to the insurrection at the U.S. Capitol," however Boebert said the picture was taken at a separate rally and that she really doesn't know the people she posed with.

But, as the Times Recorder notes, more pictures were discovered online with the not-camera-shy Boebert posing with the same couple on multiple occasions.

Regarding her acquaintance with "Colorado Boots on the Ground: Bikers for Trump," member Corey Anderson, the paper notes, "Cory Anderson and his wife Jacqueline appear in the Dec. 8, 2019, photo with Boebert, " and that "Jacqueline Anderson has posted numerous photos of herself and Boebert to her own Facebook page. And it appears the two have known each other since at least September of 2019," with one photo of them at Boebert's restaurant/bar, Shooter's Grill.

"The following month the trio attended an Oct. 24 meeting on school choice organized by conservative advocacy group Ready Colorado," the report states before adding Jacqueline Anderson posted more photos of "her and Cory with Boebert and her husband Jayson at an event on Dec. 14, 2019, just one week after the rally at the Capitol in Denver."

In some of the photos, Corey Anderson can be seen sporting a patch announcing his involvement with the "Three Percenters."

The report goes on to state that questions about the photos directed to the Andersons have been unanswered so far.

You can see an assortment of photos here.