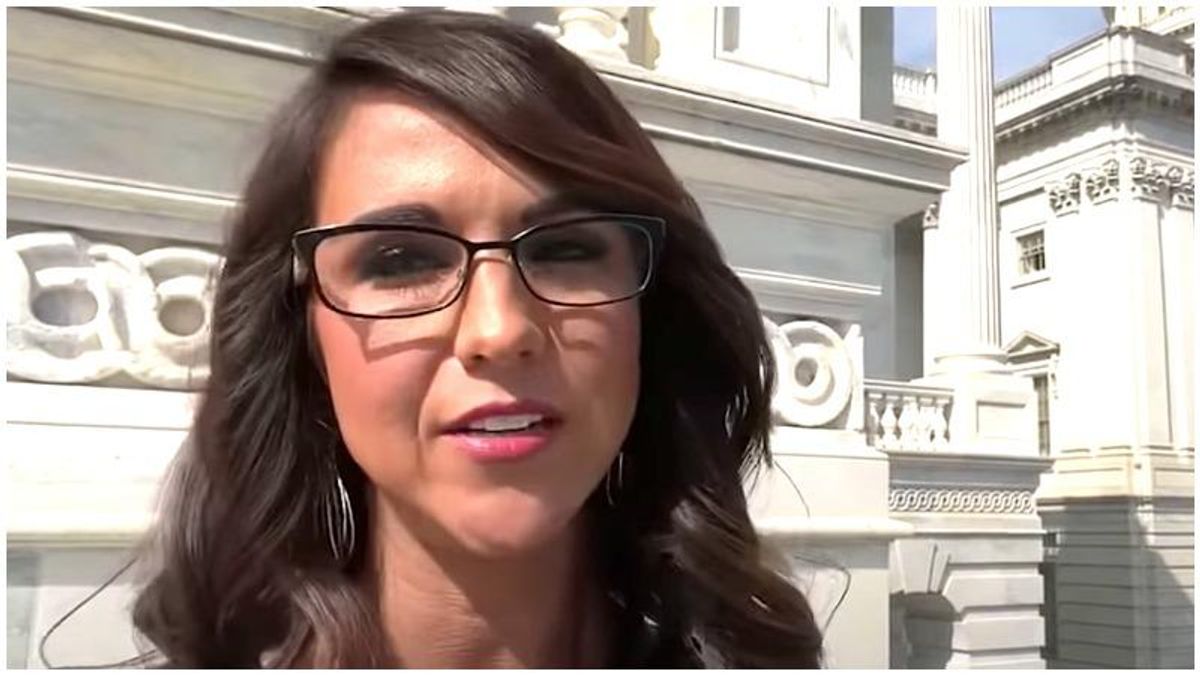 A group looking to defeat GOP Colorado Rep. Lauren Boebert is auctioning off the logo to her gun-themed restaurant after discovering she let the business's state and federal trademarks lapse, Colorado Politics reports. The group decided to auction off the trademarks after the conservative congresswoman threatened to take legal action against the parody site TheLaurenBoebert.com.

"There are a lot of people out there more clever than us, and we sure don't want to let this opportunity go to waste," Rural Colorado United tweeted Tuesday along with a link to the online auction to the Shooters Grill logo.

The person who currently owns the trademarked image has pledged to donate the proceeds to Rural Colorado United.

"It's pretty hilarious when the consequences of your own actions show up — and it's pretty on-brand for Boebert that she can't even be responsible enough to keep up with her restaurant paperwork," former Democratic state lawmaker and spokeswoman for Rural Colorado United, Bri Buentello, told Colorado Politics.

"How can we possibly expect her to do the basic functions of her job, like read a bill, hold a town hall, or fight for our fair share in DC gridlock?" Buentello said.

"After securing the trademark in February, the group tweeted, its organizers had 'mostly forgotten about it' until Toby Morton, a Colorado native and onetime contributor to the "South Park" TV show, posted an image of an email online Tuesday and asked legal experts to weigh in," Colorado Politics reports. "The email, which said it was from Boebert's press secretary, Jake Settle, claimed a parody website launched by Morton in January 'needs to be taken down' because it used photos that 'are copyrighted property of the U.S. Federal Government' and Boebert's congressional office."

"Boebert's cease-and-desist to Morton seeks to enforce copyright on Boebert photographs used on his website, despite the fact that they are public-domain photos made available by the U.S. government," Westword noted.

According to Denver-based First Amendment attorney Steve Zansberg, the demand for Morton to pull down the site doesn't hold up to legal scrutiny.

"[T]he federal government cannot own copyright in any works created by any federal agency or congressional office (such as the official photographs taken for members of Congress)," Zansberg told Colorado Politics.

"Second, no human could reasonably mistake the parody website as an actual communication originating from Rep. Boebert's office or from her personally. Such parody sites are fully protected speech," he said, adding that in short, Boebert "does not have a legal leg upon which her threatened claims can stand."

The website TechDirt summed up the situation by stating that "sending such a threat is inherently stupid."