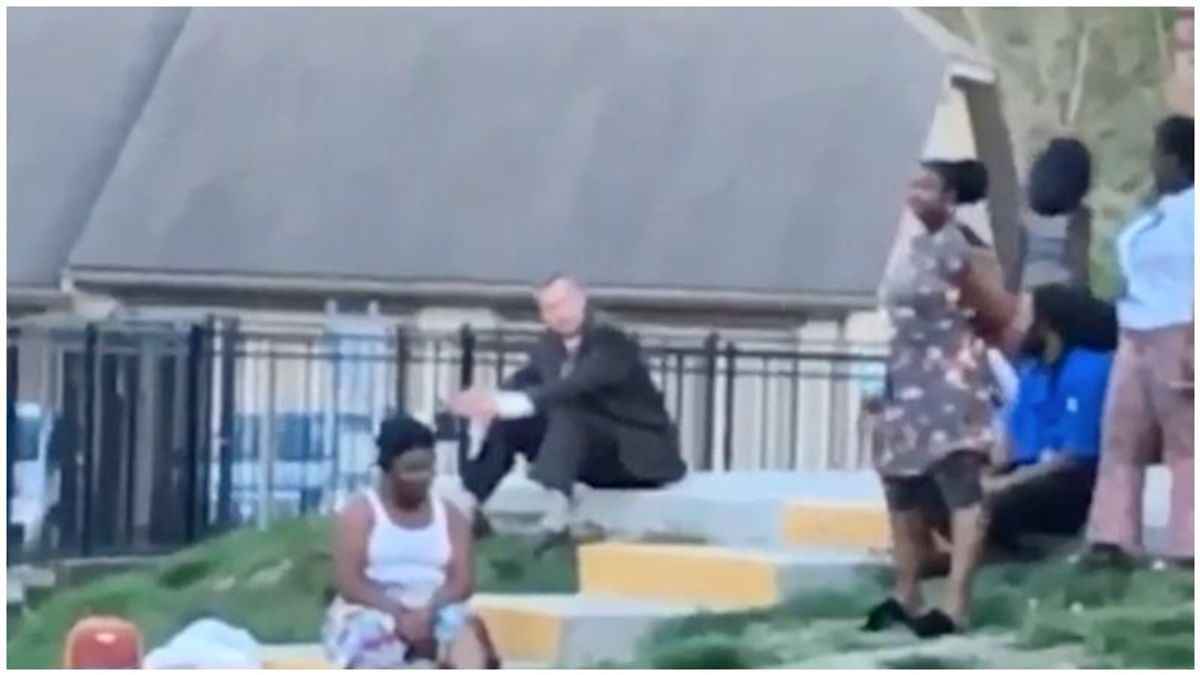 After a fire broke out in their Iowa apartment complex, a group of evacuated residents were met by an attorney offering them legal aid. When they declined, the attorney began using racial slurs and threats, WCVB reports.

"We tried to calm him down, me and another girl, and I told, 'Adam, please don't talk like that. That's not nice,'" said Paula Black, who said she's known Kehrwald for at least a year. "Then he went around the corner and started yelling at all those people."

Kehrwald even punched officers who were trying to arrest him.

"When they went to place him into custody, he began to fight," Heintz said. "He struck a couple of the officers in the face with a fist and an elbow, and then he also assaulted a third female officer that we had on-scene before they were able to take him into custody."

Donald Trump is spending his day at Mar-A-Lago hosting a parade of journalists for sit-down interviews as he tries to get in front of a coming wave of damaging books, according to a new report.