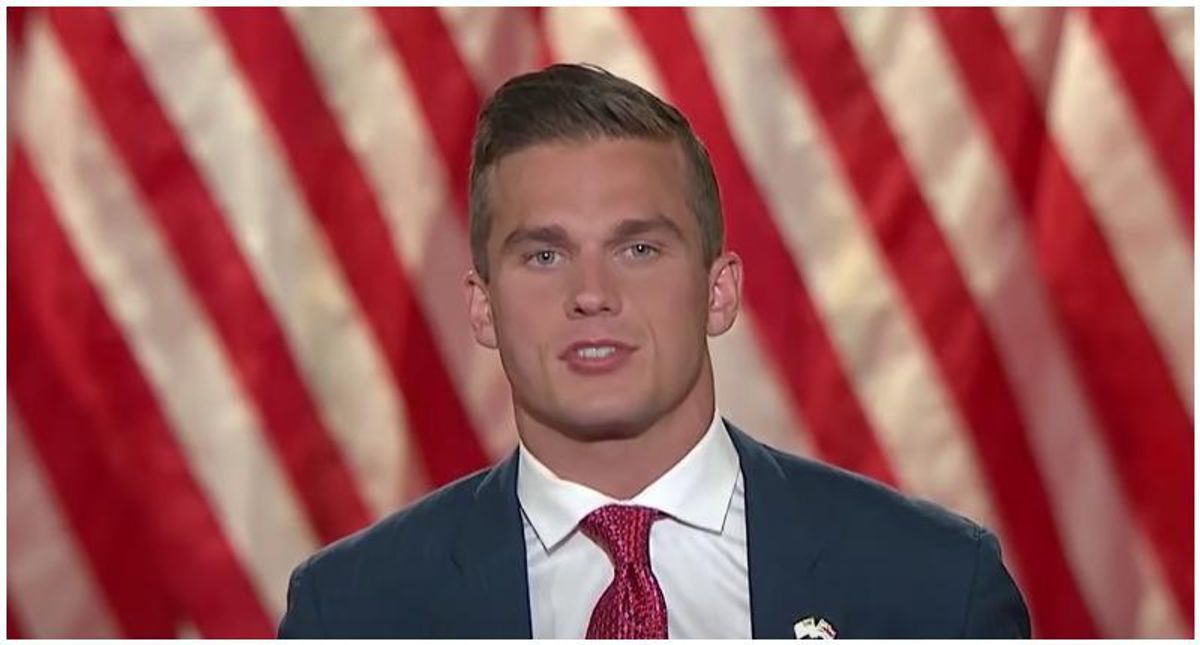 The Washington Post recently added a correction to a report that featured a detailed look how former President Trump "urged Georgia's lead elections investigator to identify wrongdoing in the state's vote in a December phone call, saying the official would be praised for doing so."

The report, at the time of its publication, was based on an anonymous source who had been briefed about the call.

A phone recording was later released by Georgia's secretary of state, showing that the Post had misquoted a few of Trump's comments on the call. In particular, Trump never said the phrase "find the fraud."

In a tweet this Monday, Rep. Madison Cawthorn (R-NC) jumped on the correction, incorrectly calling it a "retraction."

"BREAKING: The Washington Post just RETRACTED their story on Trump's phone call with Georgia's Secretary of State," Cawthorn tweeted. "WaPo admits that they LIED about the whole thing. Left wing media is owned by the Democrat lie machine. Retweet if you're not even remotely surprised."

In the comment thread beneath his tweet, people pointed out that a correction and a retraction are two entirely different things.

They admitted they misquoted it. And they did. Hardly. Learn to read fool.
— RIKKI (@_rocknrollrik) March 15, 2021

It's truly sad that a United States congressman doesn't understand what the word “lie" means. It's hard to believe we've gotten here, but here we are.
— Ed Greenberger (@EdGreenberger) March 15, 2021

Nobody retracted anything. They issued a correction.

Read the story again. They did not retract the story about Trump's call with the Ga secretary of state. They corrected a story about a call between Trump and the chief election investigator when the actual recording was released. The gist of the call did not change.
— Cinda Chima (@CindaChima) March 15, 2021

Mr. Cawthorn, I'm forced to ask: Are you able to read? Because a correction is certainly not the same as admitting "that they LIED about the whole thing".

If someone else read this to you, please tell them to clarify. Regards.
— Antonio Sempere Valdés (@FinisimaPersona) March 15, 2021

Madison just curious did you read the article, because it's a correction, and Bonespurs still asked to disenfranchise the Fulton County votes. Who in the hell voted this moron into office.
— robert bergey (@RobertCBergeyll) March 15, 2021

Read the story again. They did not retract the story about Trump's call with the Ga secretary of state. They corrected a story about a call between Trump and the chief election investigator when the actual recording was released. The gist of the call did not change.
— Cinda Chima (@CindaChima) March 15, 2021

You might want to read that retraction again, if you're capable of doing so.

It doesn't say what your tweet claims it says.

I know reading comprehension probably isn't your strong suit. Maybe that's the cause, or you're just being disingenuous.
— CANCELtheGOP (@CANCELtheGOP) March 15, 2021