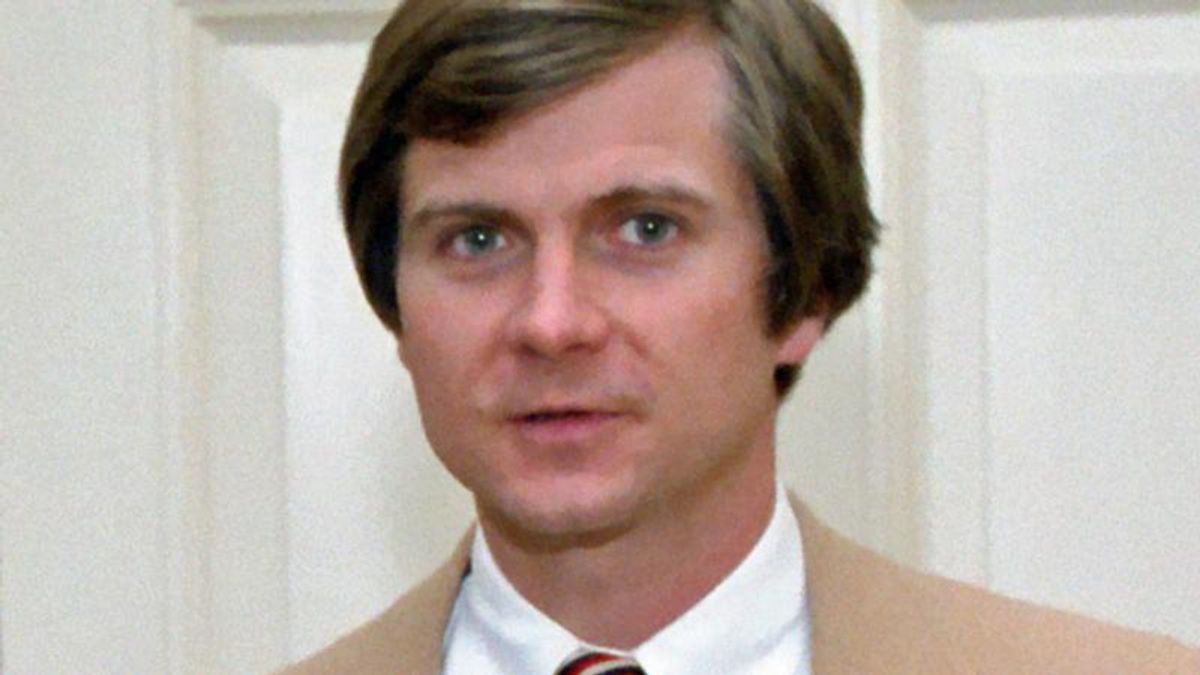 Notorious GOP political operative Lee Atwater was unable to finish writing his memoirs before he died of brain cancer in 1991, but after his widow passed away in March, his daughter allowed New Yorker journalist Jane Mayer access to the records.

"They included seven chapters of Lee Atwater's unpublished draft memoir, which had remained untouched since he succumbed to brain cancer, in 1991, at the age of forty, and at the height of his political career," Mayer wrote. "Atwater died before he could finish his memoir. What remains of it are hunks of yellowing typewritten pages, held together by rusting staples and paper clips. But the seven surviving chapters suggest that, far from dying along with him, the nihilism, cynicism, and scurrilous tactics that Atwater brought into national politics live on. In many ways, his memoir suggests that Atwater's tactics were a bridge between the old Republican Party of the Nixon era, when dirty tricks were considered a scandal, and the new Republican Party of Donald Trump, in which lies, racial fearmongering, and winning at any cost have become normalized."

Atwater, had been partners in a Washington political firm with Roger Stone and Paul Manafort, had no interest governing.

"I've always thought running for office is a bunch of bullsh*t. Being in a office is even more bullsh*t. It really is bullshit," he wrote. "I'm proud of the fact that I understand how much BS it is."

The seven surviving chapters of Lee Atwater’s unpublished memoir suggest that the nihilism, cynicism, and scurrilou… https://t.co/kHZspIFgm7
— The New Yorker (@The New Yorker)1620345703.0