A tangled tale of money, sex and MAGAworld Florida Republicans deep in the Gaetz-Greenberg web 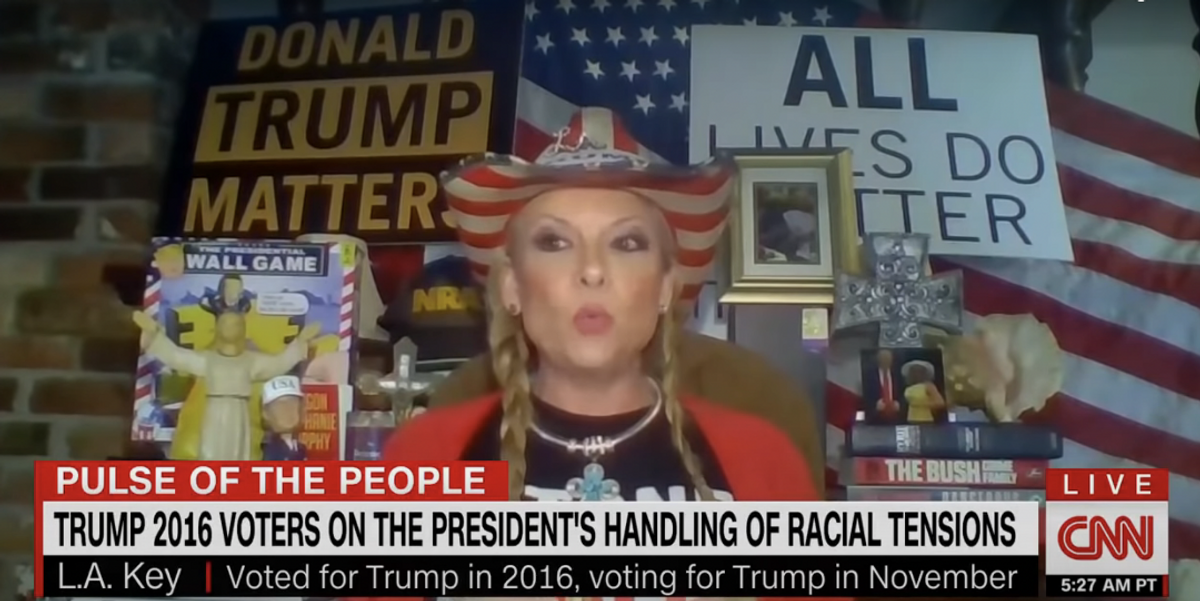 Leslie Anne Key is a fervent Donald Trump supporter who got her moment of national exposure last year when she served as a CNN panelist on Alisyn Camerota's "Pulse of the People" series. Key is also a longtime confidante of notorious GOP operative Roger Stone and a business associate to right-wing activist Jacob Engels. She served as Trump campaign co-chair for Seminole County, Florida — where, not coincidentally, the tax collector until recently was Joel Greenberg, a longtime associate of embattled Rep. Matt Gaetz. Greenberg recently pleaded guilty to six federal charges, admitting that he knowingly paid a minor for sex. (Gaetz has not been charged with a crime and denies any wrongdoing.)

Bear with us: This web of intersecting MAGAworld Floridians is tangled indeed. Key appears to be the principal figure in an entity called MAGA Advisory Group, LLC, which received contracts from Seminole County, ordered by Greenberg, for $2,500 per month, beginning in 2017. Those contracts were for "corporate liaison" services, supposedly including event planning, community outreach and communication support. Additional supporting documents show that Seminole County paid at least another $4,000 to MAGA Advisory in 2018, for a total of at least $29,000.

Engels, an activist and blogger who runs a website called Central Florida Post, is widely considered to be a member of the far-right Proud Boys organization. He has claimed to be an "embedded journalist," however, and has been described as Roger Stone's "mini-me." Personally and through a range of dubious enterprises, including entities called CFP Media Strategies and Cloud Metrics, Engels has been involved in the campaigns of several Florida Republican candidates: Jason Brodeur, currently embroiled in a ghost candidate investigation related to his 2020 campaign; Paul Paulson, who resigned from his role as an Orange County Republican committeeman over a scam veterans charity; and former Rep. John Mica (for whom Leslie Anne Key's son, Raleigh Kaplan, also interned). Engels also served spokesman for Proud Boy chairman Enrique Tarrio's unsuccessful 2020 congressional campaign.

A company called RFT Action LLC, registered at the same Orlando address where Jacob Engels is registered to vote, was paid by Tarrio's campaign for management services. Raleigh Kaplan, Key's son, earned $1,700 from Paul Paulson in 2017, while Engels was paid $18,000 for "advertising."

Matt Gaetz and Engels appear to be close, and defended him after Engels was banned by Twitter in 2019, well in advance of the platform's banishment of Donald Trump. "It is very dangerous to have @Twitter kicking people off the platform because they don't like their speech," wrote Gaetz. "This is a slippery slope. #FreeJacob."

Leslie Key and Jacob Engels worked together on a short-lived nonprofit called the Florida Strong Project, whose professed aim was to "help restore and reinvigorate communities affected by Hurricane Irma. Key, Engels and a woman named Kathy Gibson were the initial directors of the 501(c)(3), which was registered at Key's home address in Altamonte Springs, Florida. Key's husband, attorney Robert Hoogland, was an officer as well. Another entity was run out of Key's home address too: a company called RFR Action, which was paid $4,300 for photo shoots in December of 2019 by the campaign of GOP congressional candidate Richard Gobel, who was running against Rep. Stephanie Murphy, an incumbent Democrat who had defeated the above-mentioned John Mica in 2016. That same company, but with a listed address in Delaware, was paid by the campaign of DeAnna Lorraine, a California Republican congressional candidate and QAnon supporter, during the 2020 cycle.

It's not clear what connection may exist, if any, between Key and Engels' nonprofit, the Florida Strong Project, and a PAC called Keep Florida Strong run by Winter Park attorney Wade Vose, who was paid $275,897 from January 2017 to July 2018 as outside counsel for the Seminole County tax collector (i.e., Joel Greenberg). Vose's PAC appears to have made only one expenditure, paying $13,000 in 2019 to a company called Pinpoint Action that was operated by Michael Shirley, Greenberg's former campaign consultant. A woman named Bridgette Bayley worked simultaneously as executive assistant to Jacob Engels and as account manager for Pinpoint Action from January to June 2018.

Key's son, Raleigh Kaplan, who worked alongside Engels on at least two Republican campaigns, was arrested in December and currently faces several counts of alleged sexual battery on a child less than 12 years old. Florida prosecutors allege that he molested his half-sister over a period of several years. Kaplan was "Young Republican Chair" of the Trump campaign in Seminole County and served as campaign manager for Abby Sanchez, who ran successfully for Seminole County School Board in 2016. Kaplan also appears to be friendly with Joel Greenberg, and follows Greenberg's wife Abby and a former employee at Greenberg's tax office on Facebook.

The Daily Beast reported in late April that Roger Stone attempted to aid Greenberg in seeking a pardon from former President Trump. No pardon was forthcoming, and Greenberg has since struck a plea deal with prosecutors that involved admitting to various offenses linked to sex trafficking and a promise of "substantial cooperation" in the continuing investigation.