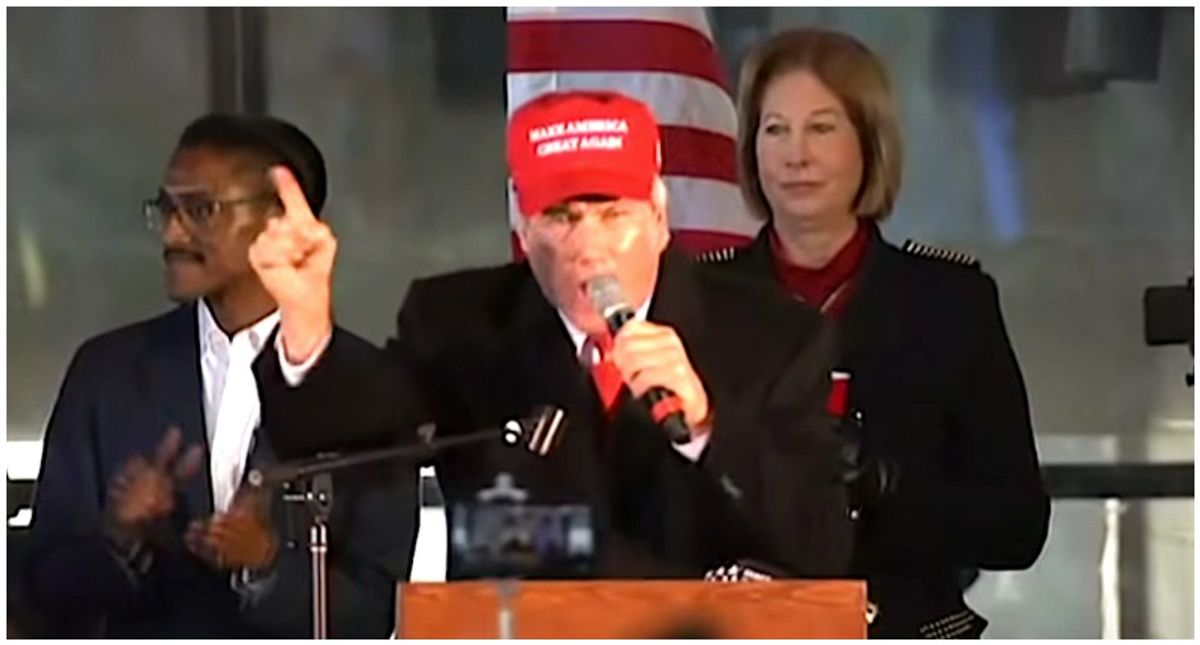 Known for his lawsuits with fellow conspiracy theorist Sidney Powell, Atlanta-based Lin Wood is among the far-right attorneys who tried to help former President Donald Trump overthrow the results of the 2020 presidential election — and he even proposed, in a December 1 tweet, that Trump "declare martial law." Law & Crime has been reporting on Wood's legal battle with three former law partners, and the website has posted some older audio that sheds light on that case.

Law & Crime reporter Adam Klasfeld explains, "Long before becoming the face of former President Donald Trump's post-election conspiracy theories, lawyer Lin Wood had been embroiled in an acrimonious spat with his former lawyers, who claimed to have caught his 'erratic, hostile, abusive, and threatening' behavior on tape. Several of those recordings became public for the first time on Tuesday with the release of Law &Crime's new podcast, 'Objections.'"

The three former law partners that Klasfeld is referring to are Nicole Wade, Jonathan Grunberg and Taylor Wilson, who left the firm L. Lin Wood, P.C. and started their own firm, Wade, Grunberg & Wilson, LLC. In a legal brief, the attorneys allege that Wood physically attacked Grunberg and Wilson.

Klasfeld notes, "Wood's former law partners claimed they had him caught on tape confessing to assaulting them, threatening them in profane rants, and asserting that he may be 'Christ coming back for a second time in the form of an imperfect man.'"

In one of the recordings Law & Crime has posted, Wood is heard saying, "I have apologized to Taylor when I pushed him. It was like evil was in my house."

In other audio, Wood is heard mentioning Wilson and saying, "Taylor Wilson, your former partner, who you have abused and treated like a dog, repeatedly for weeks, if not months."

Grunberg, Klasfeld notes, has alleged that Wood made anti-Semitic remarks about him, describing the attorney as a "Chilean Jewish fucking crook."