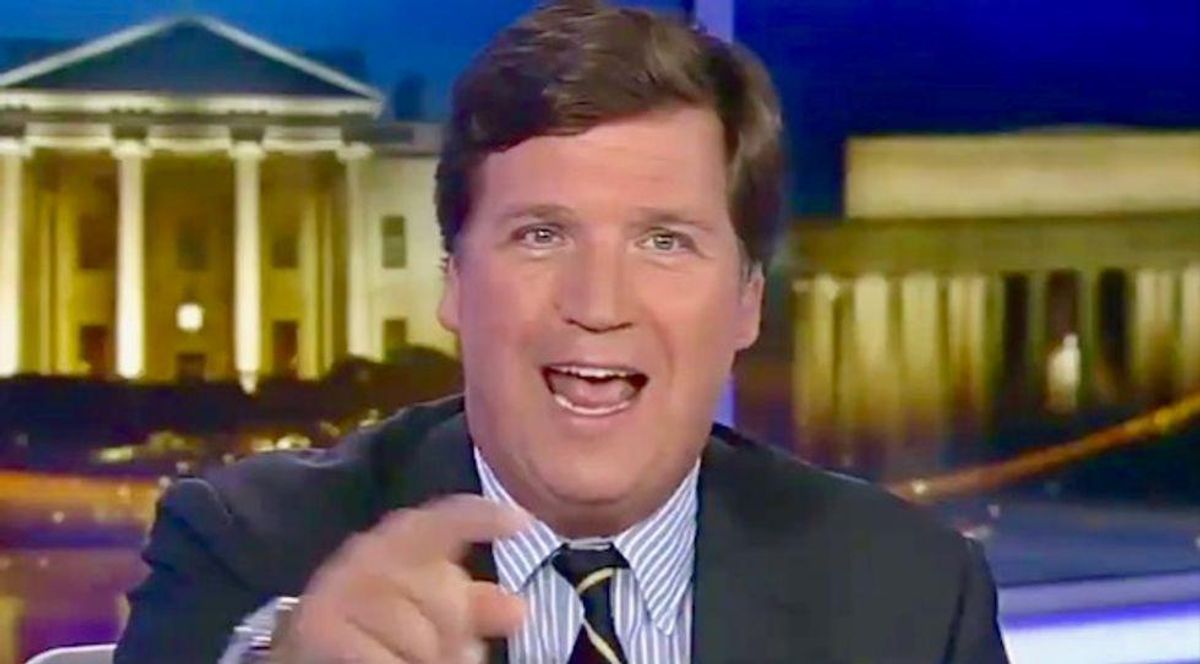 The Lincoln Project is out with a new ad Thursday accusing Fox News of killing people with its misinformation about COVID-19.

For the past several months hosts like Sean Hannity, Tucker Carlson and Laura Ingraham have implied everything from the vaccine doesn't work to the vaccine is killing people and other disinformation.

"Rupert Murdoch's network has become the leading voice in the United States against COVID-19 vaccination," said Lincoln Project co-founder Rick Wilson in a release about the ad. "At a time in which the deadly Delta variant is ravaging unvaccinated communities across the country, night after night Fox News hosts like Tucker Carlson are delivering anti-vaccine propaganda. Does anyone really believe Tucker Carlson isn't vaccinated?"

Many online have criticized Carlson in particular because his show has spread so many lies about COVID-19 and the vaccine. He does it by claiming that he's just "asking questions" that everyone should.

"The science is clear: Not only are vaccines safe and effective, they pose significantly less risk to your health than contracting COVID-19," Wilson said. "Fox News has blood on its hands."

Fox is Killing Us www.youtube.com