Lindsey Graham leads impeachment defense — while the White House sits it out: report 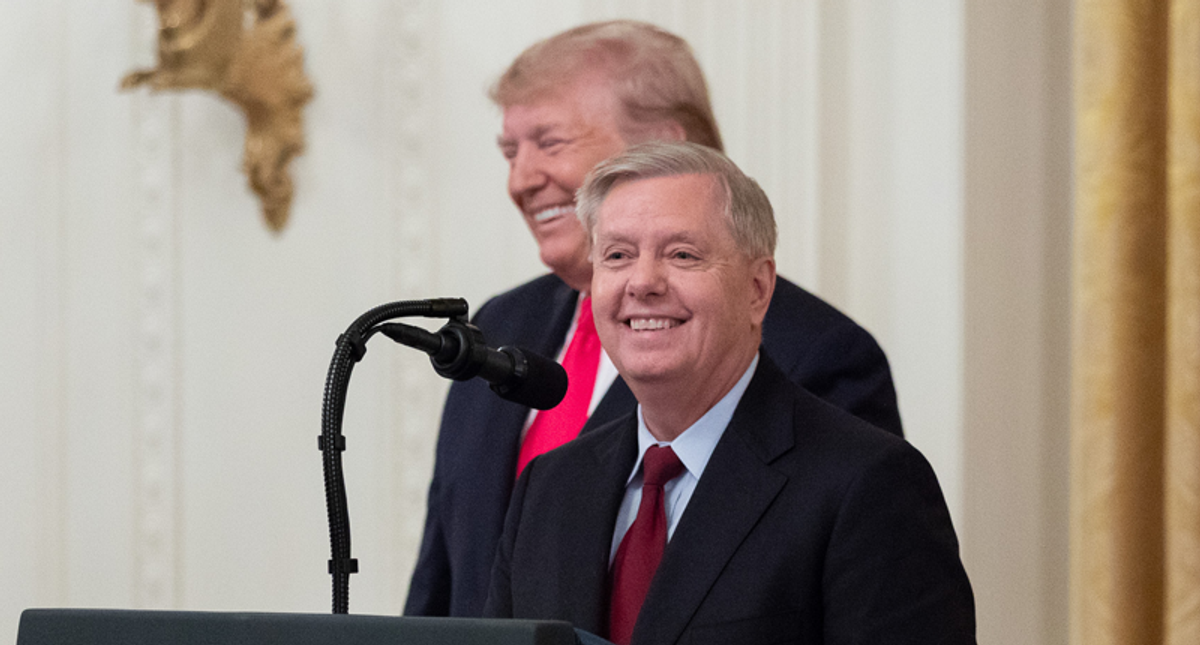 "Trump and I, we've had a hell of a journey. I hate it to end this way. Oh my God, I hate it. From my point of view he's been a consequential president. But today — all I can say is count me out. Enough is enough," Graham declared on the floor of the Senate.

But that apparently was not enough after Graham flew on Air Force One with Trump on Tuesday.

"Sen. Lindsey Graham is leading the charge against President Donald Trump's impeachment and removal in the Senate, even as the White House remains largely uninvolved," Politico reported Wednesday.

Citing "three people familiar with the effort," Politico reported Graham "has been calling around to Republican senators urging them to oppose convicting the president in the Senate's expected impeachment trial."

"Honestly we're way ahead of any request from the White House," Kevin Bishop told Politico.

As to Senate leadership, I fear they are making the problem worse, not better.

The last thing the country needs is an impeachment trial of a president who is leaving office in one week.
— Lindsey Graham (@LindseyGrahamSC) January 13, 2021

Impeachment should never be a 'do-over,' but that is what Democrats are seeking to do today.

To my Republican colleagues who legitimize this process, you are doing great damage not only to the country, the future of the presidency, but also to the party.
— Lindsey Graham (@LindseyGrahamSC) January 13, 2021

"With Trump set to become the first president to be impeached twice, the White House has remained largely on the sidelines. During Trump's first impeachment, Trump had a full legal team and a messaging operation emanating from the White House — one that recruited Trump's top allies on Capitol Hill and other outside advisers to defend the president on the airwaves," Politico reported. "But as the House was preparing a vote to impeach Trump on Wednesday, few Republicans were openly defending the president. Instead, some were haranguing the House's impeachment process as rushed and unfair, and arguing that the Democrat-led efforts would further divide the country."