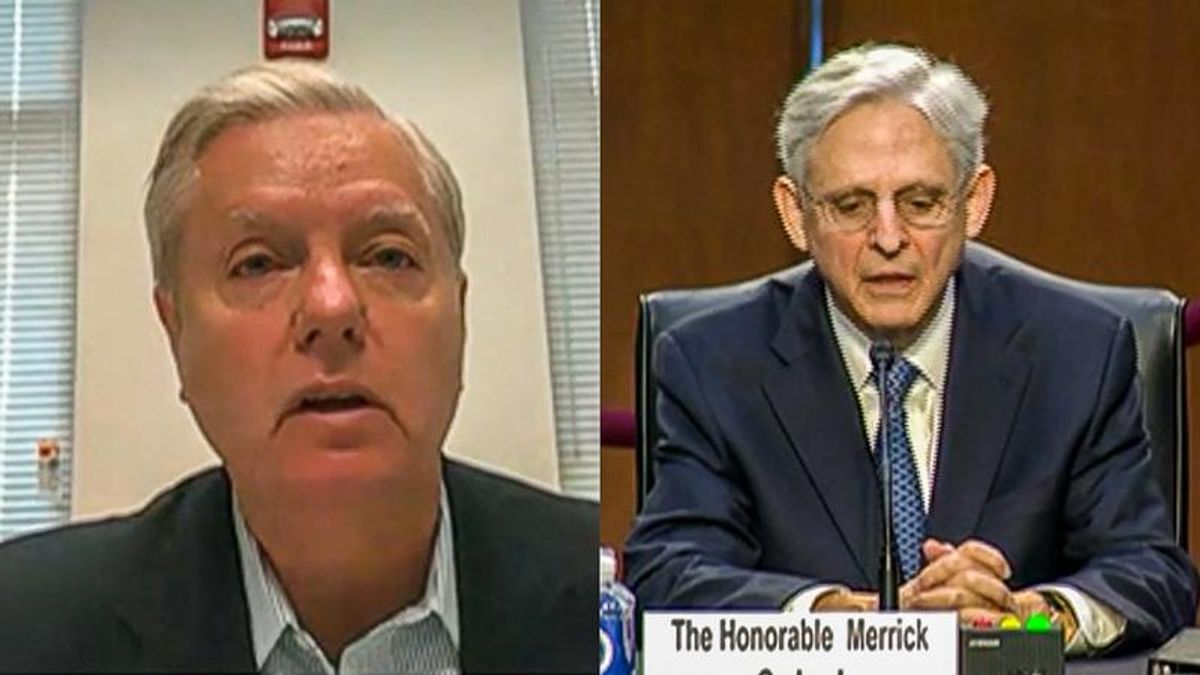 Sen. Lindsey Graham (R-SC) began his questioning of Attorney General nominee Merrick Garland by focusing on "anarchists" in Portland instead of the recent attack on the U.S. Capitol.

"Do you promise to defend that Portland courthouse against anarchists?" Graham asked at the top of his allotted time.

Graham then moved on to question about the Jan. 6 insurrection that was incited by former President Donald Trump.

"Will you let the committee know if you need more resources?" the South Carolina Republican wondered.

Garland agreed that one of his "first jobs" as Attorney General will be to consult with the prosecutors assigned to the Jan. 6 attack.

Graham said that he had a desire to criminally prosecute everyone who "deserves" prosecution.

"I think all of us want to prosecute every single person that deserves to be prosecuted," Graham insisted. "So whatever you need, I'm sure you will get from this committee."

Sen. Minority Leader Mitch McConnell (R-KY) has suggested that he believes Trump could be prosecuted for his role in the insurrection. It's not clear if Graham would oppose a prosecution of the former president.