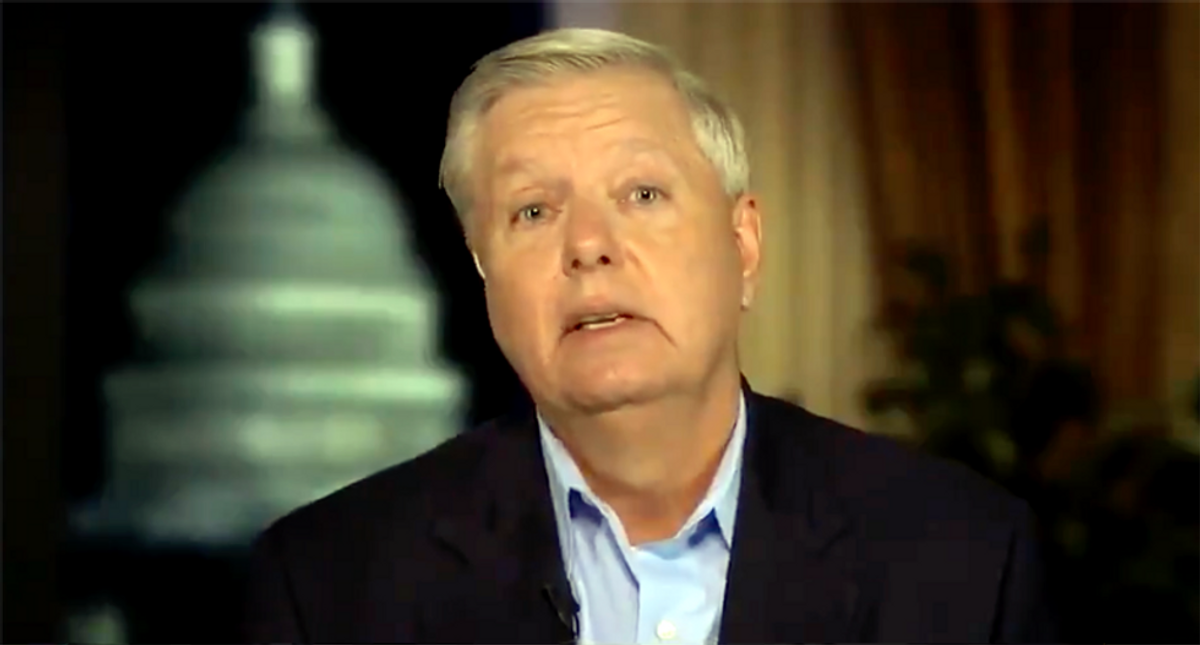 "Where has he been for the last 18 months?" asked Reiner. "Or for the last eight months since the vaccine has been released?"

Reiner then went after Graham for doing more to butter up Trump than to promote public health.

"You know, Senator Graham has been a very effective adviser and enabler and golf caddy for the former president," he said. "But he has not wanted to run foul of him, which is why you haven't heard him vigorously urging Americans or South Carolinians to become vaccinated."

Doctor drops the mic on Lindsey Graham -- and says he's a better Trump 'golf caddy' than a senator www.youtube.com