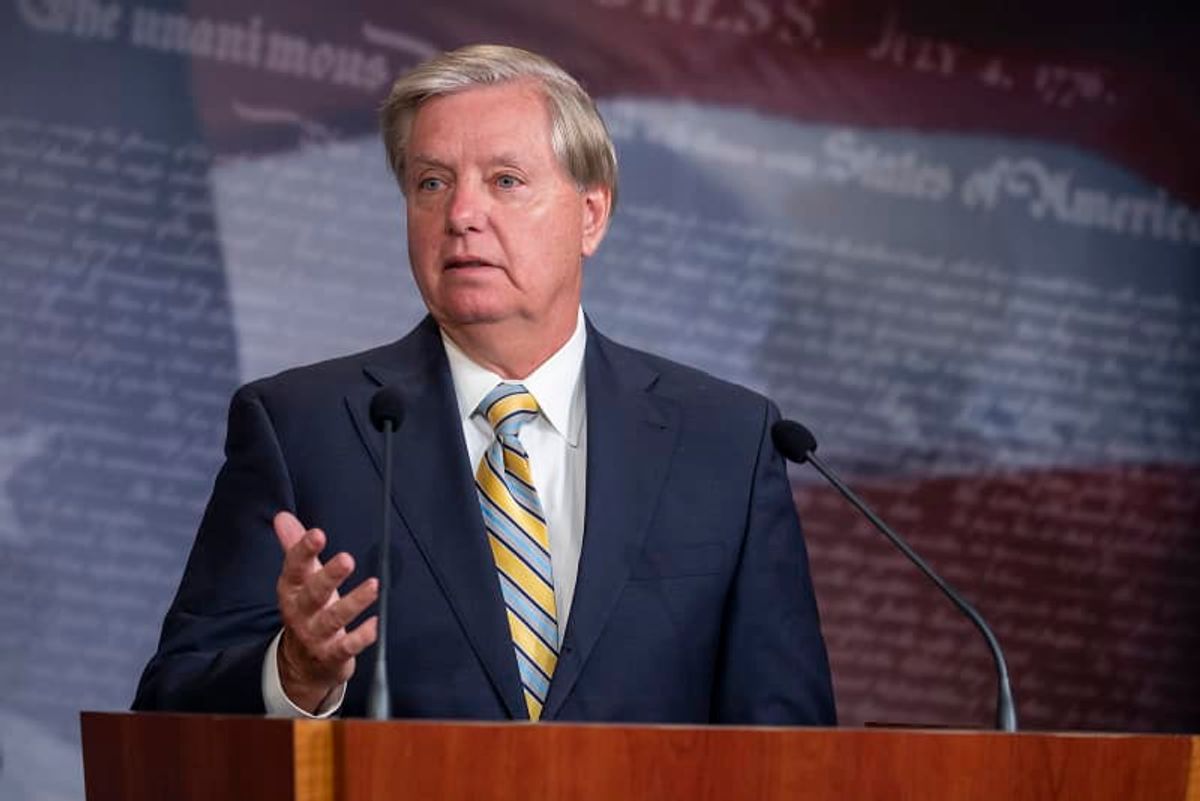 Sen. Lindsey-Graham (R-SC) got caught talking out of both sides of his mouth after leaving the impeachment trial on Wednesday.

Speaking to reporters, Graham advocated for Capitol police to have shot the protesters and killed more of them.

"I just can't believe that we could lose the Capitol like that. I got mad. I mean these police officers had every right to use deadly force, they should have used it," he said.

But when he appeared on Fox News, Graham had a whole other take perfect for Hannity viewers where he blamed Democrats instead.

"This thing is collapsing before their eyes and the not guilty vote is growing, so it will over by Sunday, I hope," Sen. Lindsey Graham tells Sean Hannity.

Graham went on to play the victim, saying that Republicans were "spat on" by the opposition and it was a lot like the attempt to bring down the American government through a violent insurrection.

Graham then attacked Speaker Nancy Pelosi because the impeachment team explained that so many people were plotting the attack in advance and intelligence knew it. Graham asked why Pelosi or anyone else didn't do anything about it if they knew the Capitol could be attacked.

Graham appears to have missed the many reports in the lead up to the Jan. 6 attack that so many officials were asking for the assistance of law enforcement. On Jan. 4, ahead of the attacks, DC Mayor Muriel Bowser requested from the Trump administration that the National Guard help add security for the rally.

The comments from Graham Wednesday conflict with his past statements blaming Trump's actions as part of "the problem."

See the comments and videos below:

Lindsey Graham claims the not guilty vote is growing and says he thinks most Republicans found the presentation by… https://t.co/lrrseEPdH8
— Acyn Torabi (@Acyn Torabi)1613011097.0