WATCH: Lindsey Graham blasted for screaming at cop for not defending him from Trump supporters 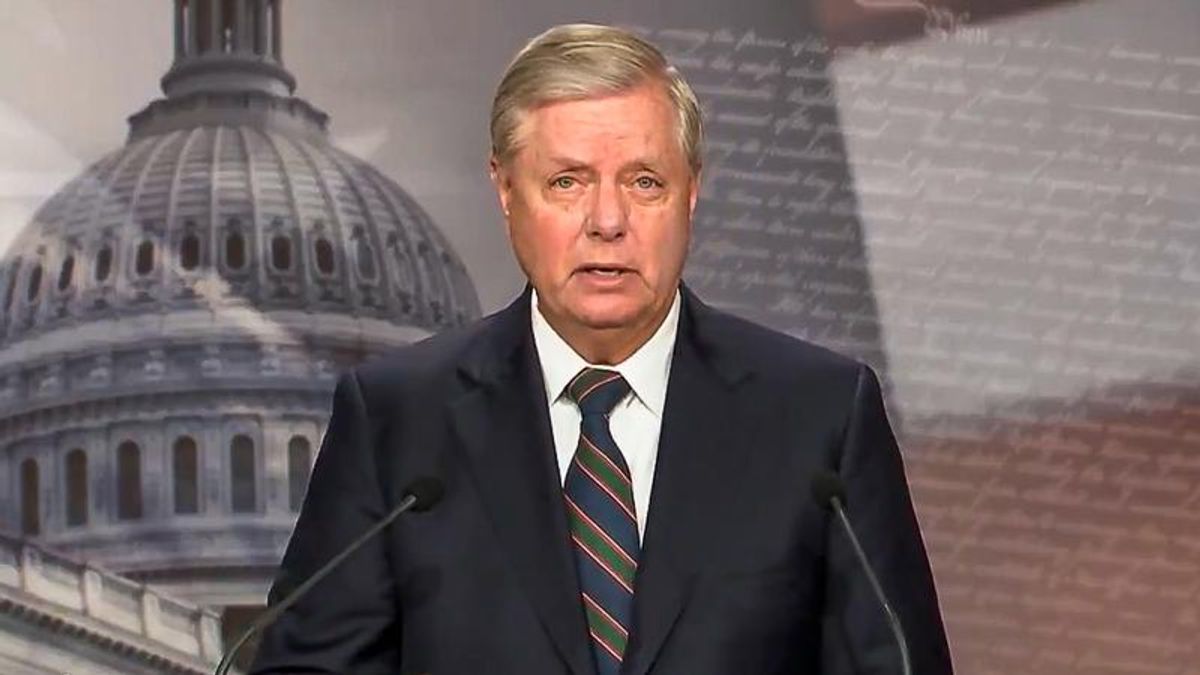 On Monday's edition of MSNBC's "The Beat," Sen. Sherrod Brown (D-OH) tore into Sen. Lindsey Graham (R-SC), accusing him of shouting at a police officer to protect him from the very mob he and his party helped whip up.

"Senator, do you think that people like Sen. Graham, who was mobbed at the airport, people like Sen. [Ted] Cruz (R-TX), they may have played with fire but are they now afraid of political blowback or violence from these individuals if they reside more on the right and more on the Republican MAGA side than anywhere else?" asked anchor Ari Melber. "Are they intimidated?"

"I heard when we — when 175 senators were confined in a room with about 75 staff people, Lindsey Graham, with his mask off, started screaming at one of the officers, I think it was one of the captains, saying, 'How come you didn't protect us?'" said Brown. "This is the same Lindsey Graham that for five years — or for four years, he didn't do it at the beginning — defended and argued for and abetted this president."

"Senator, while you were still in the emergency of it, you saw Senator Graham yelling or berating an officer?" said Melber. "What was he getting at? What can you tell us about that? Do you think he was wrong to do that?"

"Yeah ... he was screaming at an officer, he had his mask off, screaming at his officer from five feet away," said Brown. "The same Lindsey Graham that aided and abetted the same number of senators that then a number of them — Lindsey wasn't one of them — but they came back and still sided with these terrorists after the attack on our Capitol. So I don't know what they've learned, but I know what we've learned, and we learned we need to make all of them accountable."