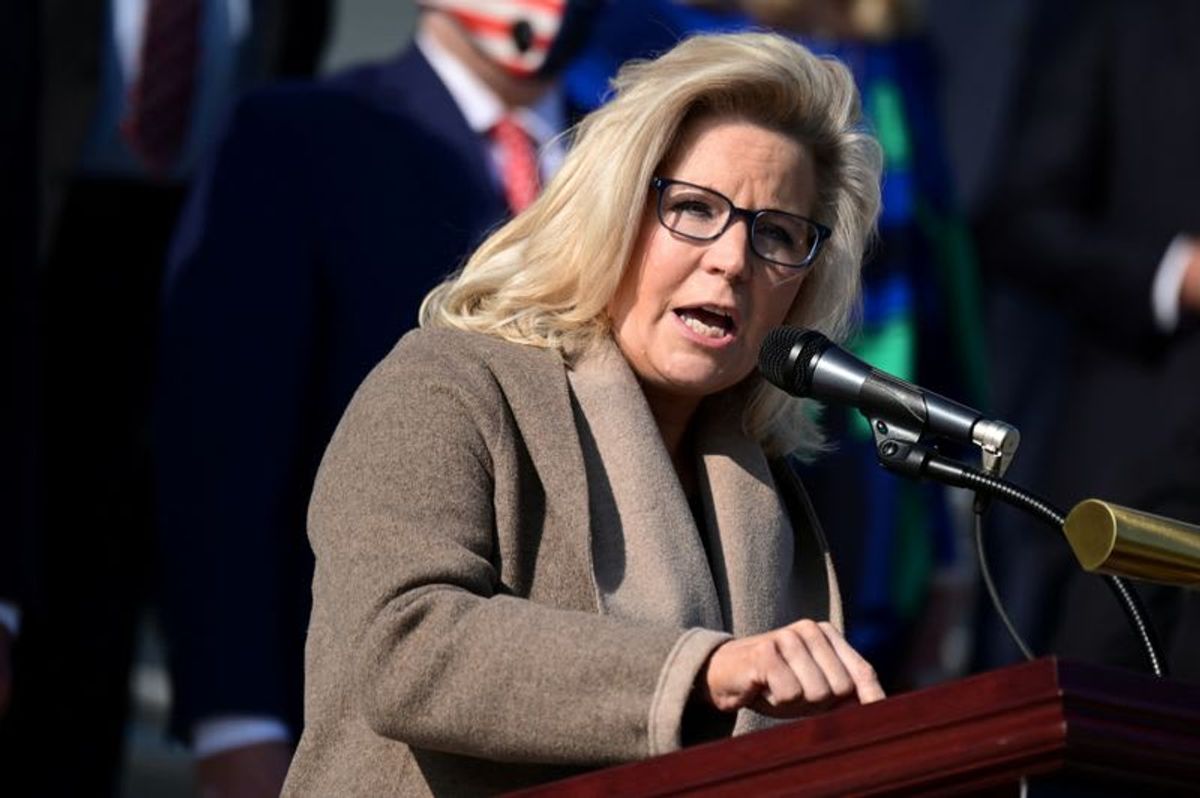 Liz Cheney, the lone congresswoman from the western US state of Wyoming and daughter of the former vice president, is done with Donald Trump.

Cheney was one of just 10 Republicans in the House of Representatives to vote to impeach the former president for inciting the January 6 attack on the US Capitol by his supporters.

And the 54-year-old lawmaker from the "Cowboy State" is standing her ground despite coming under fire from Trump loyalists in the Republican Party.

Cheney thwarted an attempt last week to remove her as chair of the House Republican Conference, the third-ranking leadership position in the Grand Old Party.

By a 145 to 61 vote, Republican lawmakers shot down the bid to oust the three-term congresswoman from the post.

Three days later, the Wyoming Republican Party overwhelmingly passed a motion censuring Cheney for her impeachment vote -- a move she shrugged off as "mistaken."

"People have been lied to," she added. "President Trump claimed for months that the election was stolen and then apparently set about to do everything he could to steal it himself."

Other Republican lawmakers have tried to walk a fine line between condemning Trump's role in whipping up the crowd that stormed the Capitol and staying in his good graces.

"The President of the United States summoned this mob, assembled the mob, and lit the flame of this attack," she said in explaining why she voted to impeach Trump, who goes on trial in the Senate on Tuesday.

"There has never been a greater betrayal by a President of the United States of his office and his oath to the Constitution."

Cheney's repudiation of Trump appears to be final and she has emerged as a leader of the anti-Trump faction in a party deeply split over his role going forward.

"We should not be embracing the former president," Cheney said. "This is not something that we can simply look past, or pretend didn't happen, or try to move on."

"We are not the party of QAnon or anti-Semitism or Holocaust deniers or white supremacy or conspiracy theories," she said. "That's not who we are.

"We need to make sure that we as Republicans are the party of truth, that we are being honest about what really did happen in 2020," she said.

Cheney, the elder of Dick Cheney's two daughters, comes from a family that is the equivalent of political royalty in staunchly conservative Wyoming.

After graduating from University of Chicago law school, Liz Cheney worked for the International Finance Corporation and served in various State Department posts.

She made an abortive bid for a US Senate seat from Wyoming in 2014 before winning election to the House in 2016.

She easily won re-election in 2018 and 2020, defeating her Democratic opponents by more than 40 points each time.

But the self-described "proud rodeo mom" of five children may have a tougher time around when she faces re-election in 2022.

Republican candidates are already lining up to challenge Cheney in the Republican Party primaries and claiming to have the backing of Trump -- never one to forget a reproach.

"That's why I'm asking every single Trump supporter to partner with me so we can fire Liz Cheney!" he said.