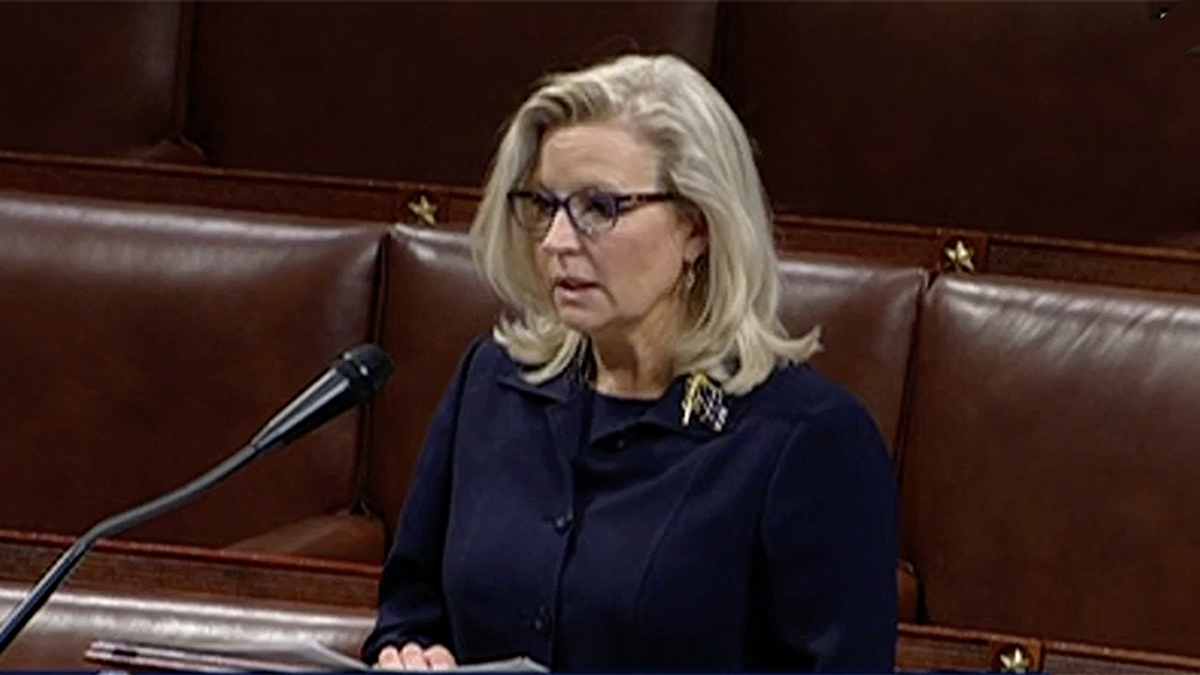 Rep. Liz Cheney (R-WY) stood on the House floor Tuesday night as her Republican colleagues were talking about "cancel culture." Cheney began by saying that she has a unique perspective and understanding of "cancel culture" given her current situation, but she said that she wanted to speak about the American democracy.

"God has blessed America, but our freedom only survives if we protect it," she told the chamber. "If we honor our oath, taken before God in this chamber, to support and defend the Constitution. If we recognize threats to freedom when they arise. Today, we face a threat America has never seen before. A former president who provoked a violent attack on this Capitol in an effort to steal the election has resumed his aggressive efforts to convince Americans that the election was stolen from him. He risks inciting further violence."

She went on to say that millions of Americans have been misled by former President Donald Trump, but not saying his name.

"As he continues to undermine our democratic process, sowing seeds of doubt about whether democracy really works at all," she continued. "I am a conservative Republican and the most conservative of conservative principles is reverence for the rule of law. The electoral college has voted. More than 60 state and federal courts, including multiple judges the former president appointed, have rejected his claims. The Trump Department of Justice investigated the former president's claims of widespread fraud and found no evidence to support them. The election is over. That is the rule of law. That is our constitutional process."

She explained that anyone who refuses to accept the ruling from American courts is also at war with the American Constitution.

"Our duty is clear," she went on. "Every one of us who has sworn the oath must act to prevent the unraveling of our democracy. This is not about policy. This is not about partisanship. This is about our duty as Americans. Remaining silent and ignoring the lie emboldens the liar. I will not participate in that. I will not sit back and watch in silence while others lead our party down a path that abandons the rule of law and joins the former president's crusade to undermine our democracy."

She claimed that America faces challenges necessary as another communist country begins to attack the United States, specifically referencing China and not Russian hackers. Trump's claims and attacks on the election only undermine America's elections by giving China propaganda to trash democracy and the U.S. as a failed state.

"We must speak the truth," she said. "Our election was not stolen and America has not failed."

See the full speech below: