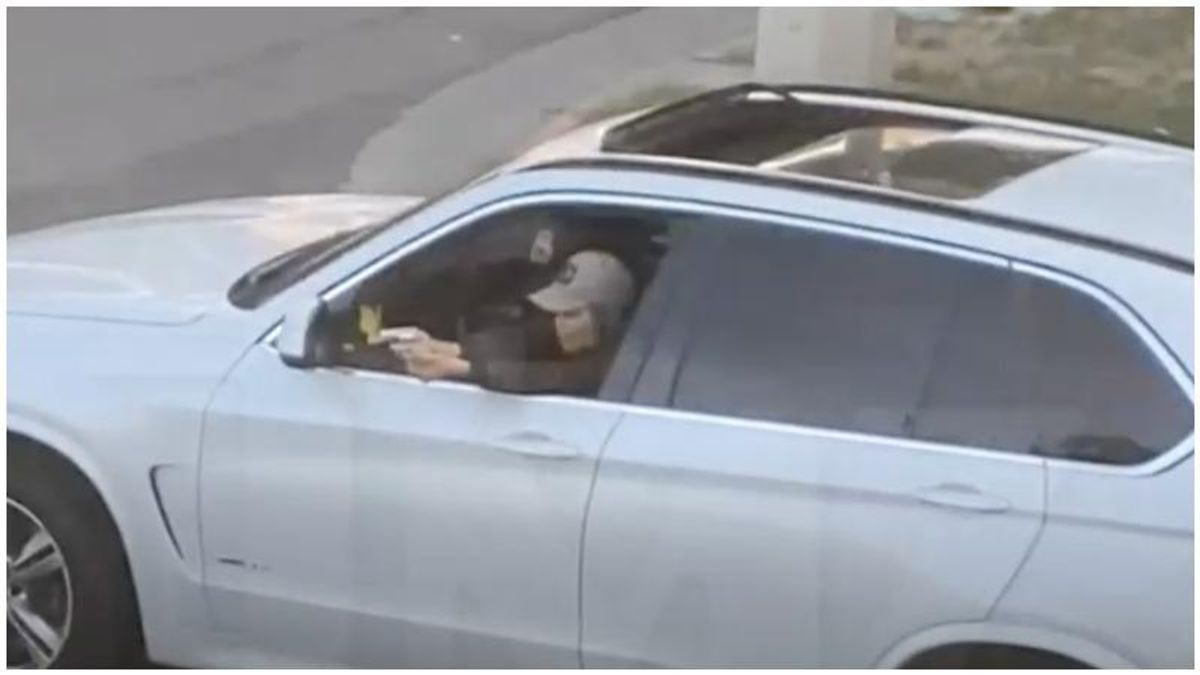 A woman in Los Angeles was caught on video at an intersection yelling and pointing a gun out the window of her car, and firing it, TMZ reports.

The incident took place on Tuesday when a woman was apparently held up in traffic. The video shows her yelling at people, then she can be seen pointing a handgun out the window, and then seemingly taking a moment to load it. She then fires a shot skyward through her sunroof.

"Anybody wanna die now? Anybody?" she says.

As far as TMZ knows, no one was hurt in the incident. The outlet reported that police arrested the woman for felony negligent discharge of a firearm, adding that she fired as many as five shots. There's also a good chance she was having some sort of mental episode.

Watch the video below, via TMZ: