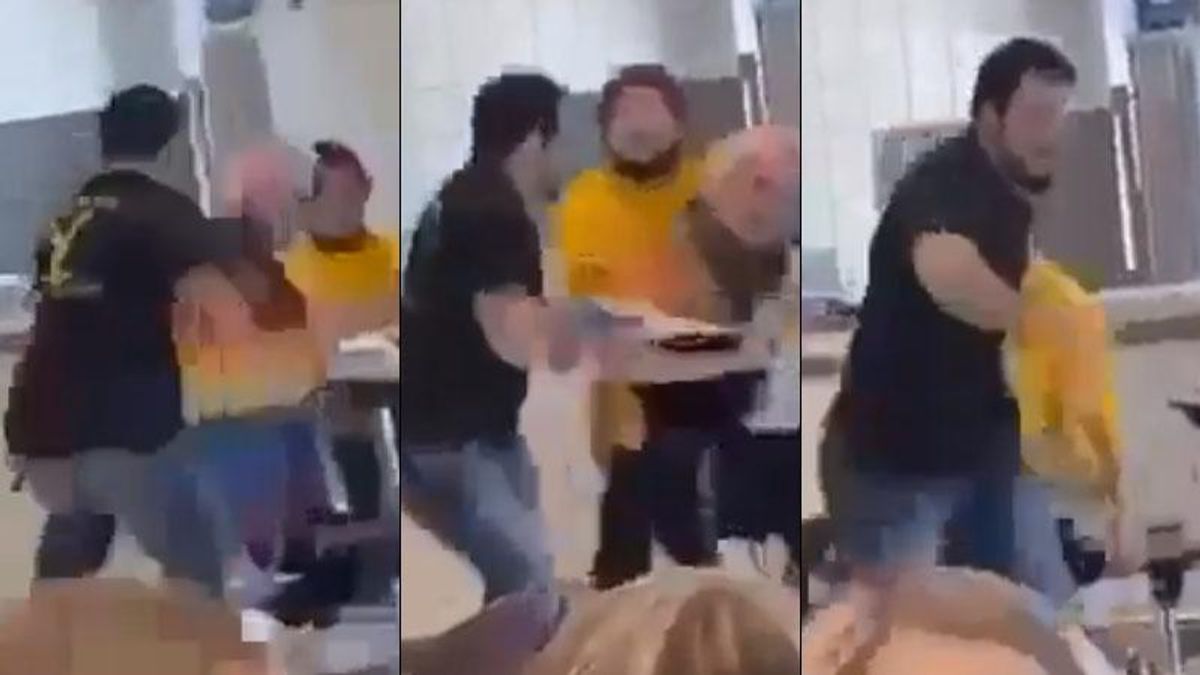 A high school student in Georgia is facing charges after he was caught on video ripping a Pride flag off another student and throwing it in the trash.

Video shared on social media this week shows a young man with a black shirt at Lowndes High School running up to another student, who appears to be eating his lunch, and tearing the Pride flag off his back as the student falls backward. The young man then scuffles with another student as he tosses the flag in a nearby trash bin.

The video when viral after well-known YouTube make-up guru Jeffree Star commented on it, according to WALB News 10.

"Why are straight guys always so bothered??? The student [with] the pride flag was minding his own business… This makes me sick. And that girl laughing?? Got it. Truly awful," Star wrote on Twitter.

The student is now facing multiple charges, including disorderly conduct, simple battery and disruption of a public facility, according to Lowndes County Sheriff Ashley Paulk.

"I feel like me and my friends are unsafe," a student told WALB News 10, "because the majority of us are part of the LGBT community and you would think going to school would be a safe place, but there's people with so much hatred that will hate you and do anything they can to just get at you because you're different and want to express yourself.. and it's really hard."

Lowndes High School assistant principal Rodney Green said in a statement: "We take the well-being and safety of our students seriously. Our staff works hard to provide a safe environment where all of our students feel valued.

"As soon as the Lowndes High School administration was aware, the matter was investigated, they ensured that the victim was not hurt and addressed the other student following the appropriate consequence outlined in the Student Code of Conduct."