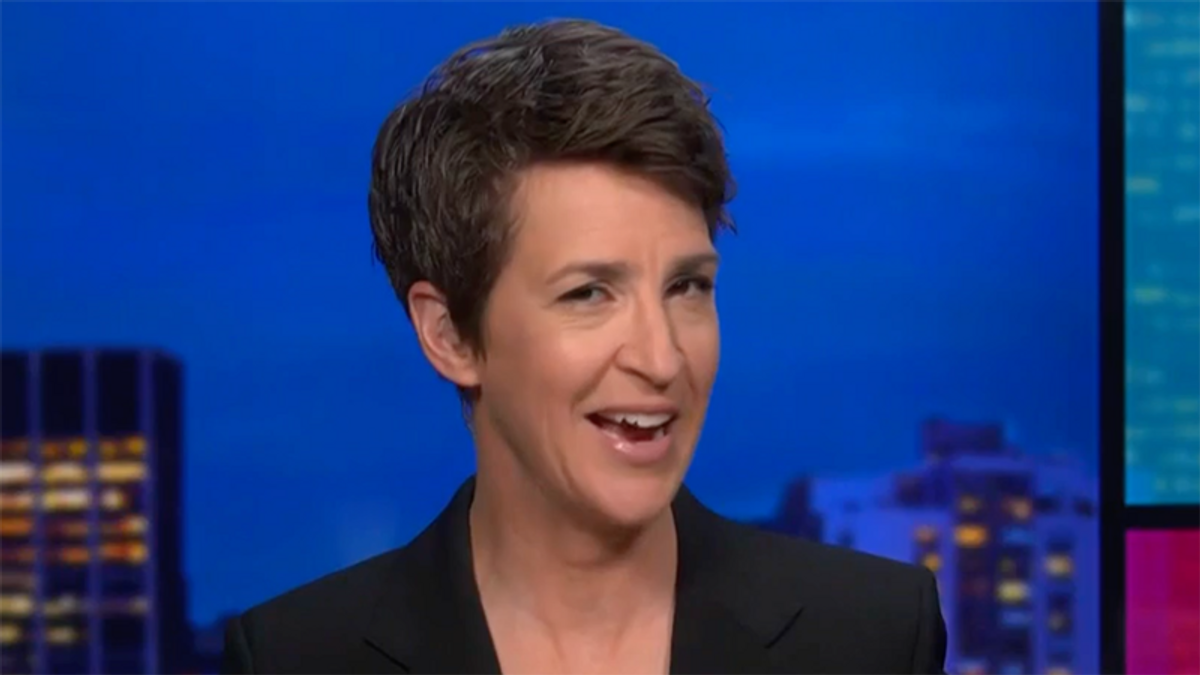 He also reportedly said, "This has been a bunch of crap."

Due to restrictions on recording federal court hearings, Maddow was unable to play a clip from the hearing. So she reenacted the scene based on the transcription.

"And i'm not a good actor, so i'm not sure how much emotion i can accurately convey here, but here it is," she began.