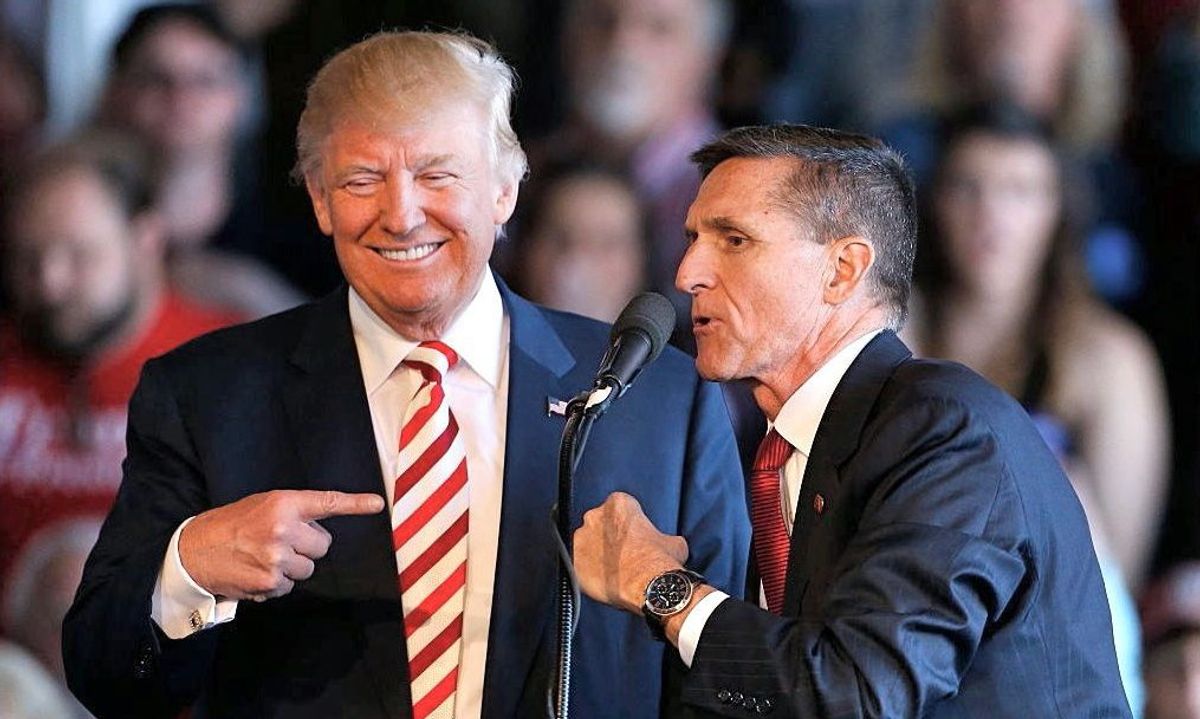 It's hours before March 4 and U.S. House security officials aren't playing around as they prepare for a possible attack from militias intent on "taking control of the U.S. Capitol" to inaugurate former President Donald Trump. In an announcement Wednesday evening, the House security encouraged Capitol staff to work from home on Thursday to protect against possible attacks.

It was something that MSNBC host Rachel Maddow sounded the alarm about, not because it's frightening, though it is, but because the news comes just hours after Americans learned more facts around Jan. 6.

Testifying before the Senate, National Guard Commander Maj. Gen. William Walker said that there were almost four hours between when he called the Pentagon for help and when it was eventually granted. He explained that he was ready to deliver the Guards troops to the Capitol to help and that they made it in about 18 minutes. The hold-up, however, prompted questions from Senators wondering why the Pentagon wouldn't authorize the Guard.

"It was remarkable series of revelations," Maddow said about the testimony. "Today we learned that the D.C. National Guard was told the day before the attack, January 5th, they were going to need special permission directly from the Secretary of the Army himself, personally, if they wanted to employ a quick reaction force in case of attack. We learned that the next day when the attack happened, they refused to give that permission for more than three hours when the Capitol was overrun and five people including a police officer died. And the request to send in the National Guard as backup languished for hours. For hours."

She continued: "We also got confirmation today, believe it or not, at the Pentagon one of the senior officials who fielded that desperate call for help, one of the Pentagon officials who expressed the opinion wouldn't be a good idea to allow the National Guard in to help was the younger brother of Trump national security adviser Mike Flynn who was a focal point and hero of the extremists who carried out the attack, who promoted and spoke at events in D.C. that preceded the attack and publicly called for Trump to use the military to overturn the election to stay in power. His younger brother, Lt. Gen. Charles Flynn, was in on the decision on Jan. 6th to hold the National Guard back and not let them in to help the police who were being overrun by the rioters as they swarmed the Capitol. Now, the Pentagon made multiple public statements explicitly denying that Gen. Charlie Flynn had any part in the discussion. The Army lied about that. Why did they lie about that?"

House Officials "don't want to meet tomorrow because of the heightened security status around the threats," Maddow also reported. "Which seem both nuts and also, maybe, necessary given how undefended the U.S. capitol was, to disastrous effect, the last time these nutballs said they were coming to try to install [President Donald] Trump by force and then they did."