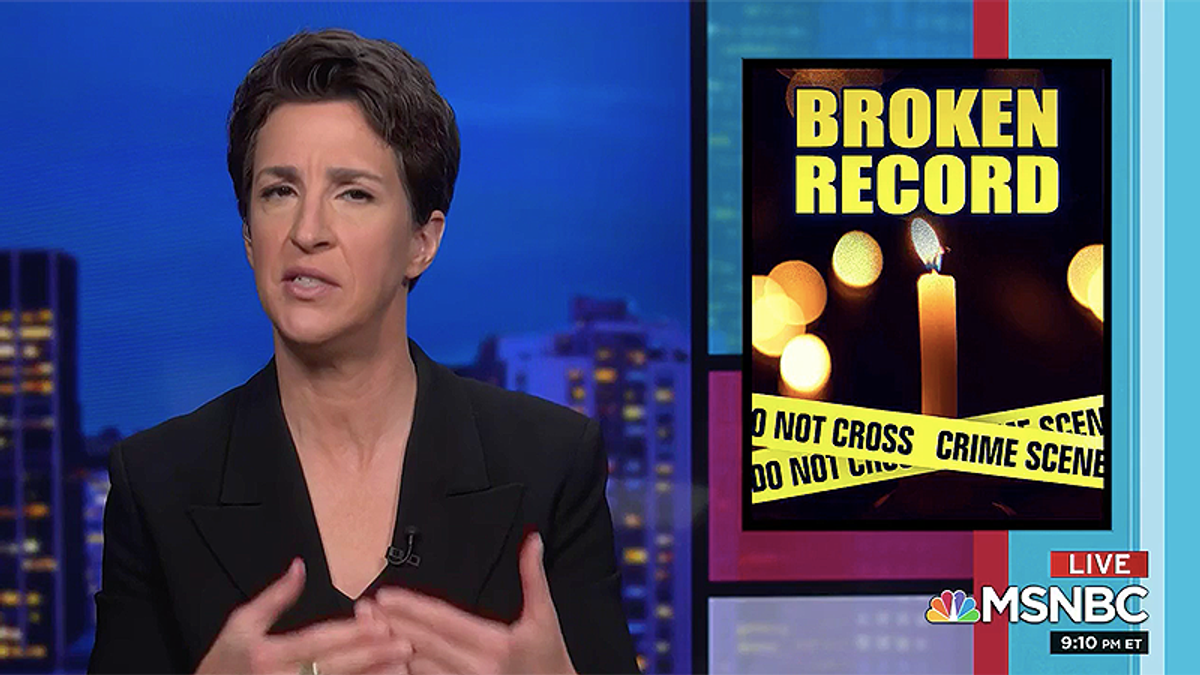 MSNBC host Rachel Maddow hammered Sen. Joe Manchin (D-WV) for saying that he could pass meaningful gun legislation after failing to do so the last time he promised he could do it.

Manchin said in 2013 that "as a parent," he cared about meaningful gun regulations, but when push came to shove, he couldn't make good on his promises. Seven years later, Manchin is claiming that he can do it this time.

"Conservative gem Joe Manchin and Pat Toomey (R-PA) said they wouldn't pursue, they wouldn't allow the pursuit of a simple rule that there ought to be a background check to buy a gun," Maddow recalled. "Instead, they had their own idea and said they could get it done. They had their own way. They had something that they said they could pass. We wouldn't do more than what 90 percent of the country wanted to do. So, instead of that simple thing, saying you have to have a background check, full shot, Manchin and Toomey said, 'no, no, we think that's a terrible idea. We're against that. We know 90 percent of the people are for it, we're against it. But our idea is that the law will change to just say you have to have a background check if you buy a gun at a gun show or on the internet.' Only extend background checks that far. Gun show purchases, internet purchases, that's it. it is hard to imagine a smaller reform."

Maddow explained that they promised they could get it done, despite 90 percent of Americans support stricter gun control legislation.

"More than 90 percent just want freaking background checks, full stop, the rest of the country stood back and took very credible senators to pursue this rinky-dink, tiny reform instead. They said that was something they could get done and they failed." They failed, even after six-year-old first-graders were killed at Sandy Hook Elementary.

Maddow went on to mock the "magical gravitas" promoted by Manchin and Toomey. Even now, Manchin has said that the bill designed to pass the House has no hope of passing unless a Republican is willing to support it. Manchin is overwhelmingly supported by the NRA, but the NRA is in bankruptcy and has little influence left in the lobbying of gun control. Still, Maddow explained, Manchin follows what they want and bucks the 90 percent of Americans who support action.

Watch Maddow's takedown in the videos below:

Joe Manchin shouldn't be trusted with any gun legislation www.youtube.com

Never trust Joe Manchin to do anything with guns www.youtube.com