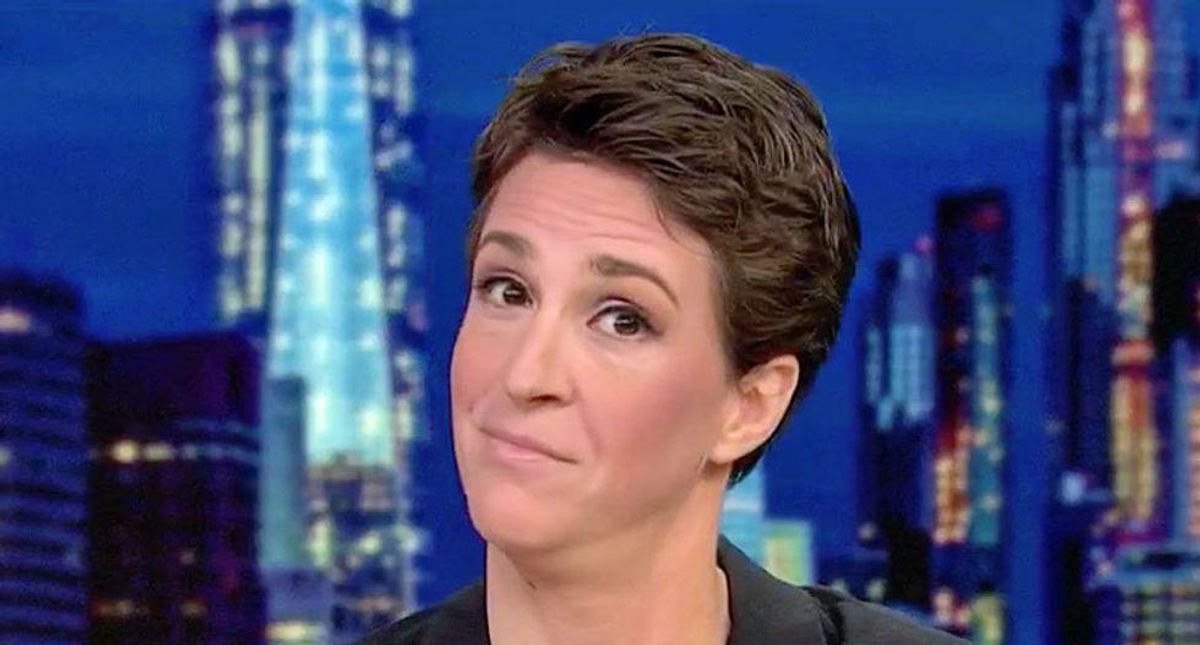 MSNBC host Rachel Maddow kicked off her Tuesday show talking about recently indicted Thomas J. Barrack Jr., who, it turns out, was working as a foreign agent on behalf of the United Arab Emirates.

According to prosecutors, Barrack was getting speech-language inserted in Trump's remarks about the UAE and other demands the country had. He profited significantly from the efforts.

But where the story takes a different turn is when stories begin to surface in 2018 about Donald Trump Jr. and other top Trump campaign aides meeting with gulf emissaries offering help to win the 2016 election.

The New York Times wrote in May 2018 that "George Nader, told Donald Trump Jr. that the princes who led Saudi Arabia and the United Arab Emirates were eager to help his father win election as president."

The report also said that present at that meeting was an Israeli specialist in social media manipulation.

"The social media specialist, Joel Zamel, extolled his company's ability to give an edge to a political campaign by that time, the firm had already drawn up a multimillion-dollar proposal for a social media manipulation effort to help elect Mr. Trump," the report explained.

No one ever found out whether the UAE and Saudis helped use that plan to manipulate social media to help Trump become president.

"What was going on there?" asked Maddow.

The New York Times reporter David Kirkpatrick also noted that Muhammad Bin Zia was working with the Trump campaign to try and meet with the Russians in the Seychelles.

"I'm sorry if that's confusing, but I didn't make all of this up," Kirkpatrick said.

At one point in the report, Maddow asked what is going on with the large number of people in Trump World who have been indicted.

"How many people at the top level of the last admin and campaign were A. felons and B. were secret agents of foreign powers or are alleged to be by federal prosecutors?" she asked.

See her videos below: