Historian: MAGA's 'culture of resentment' has a lot in common with Nazi Germany 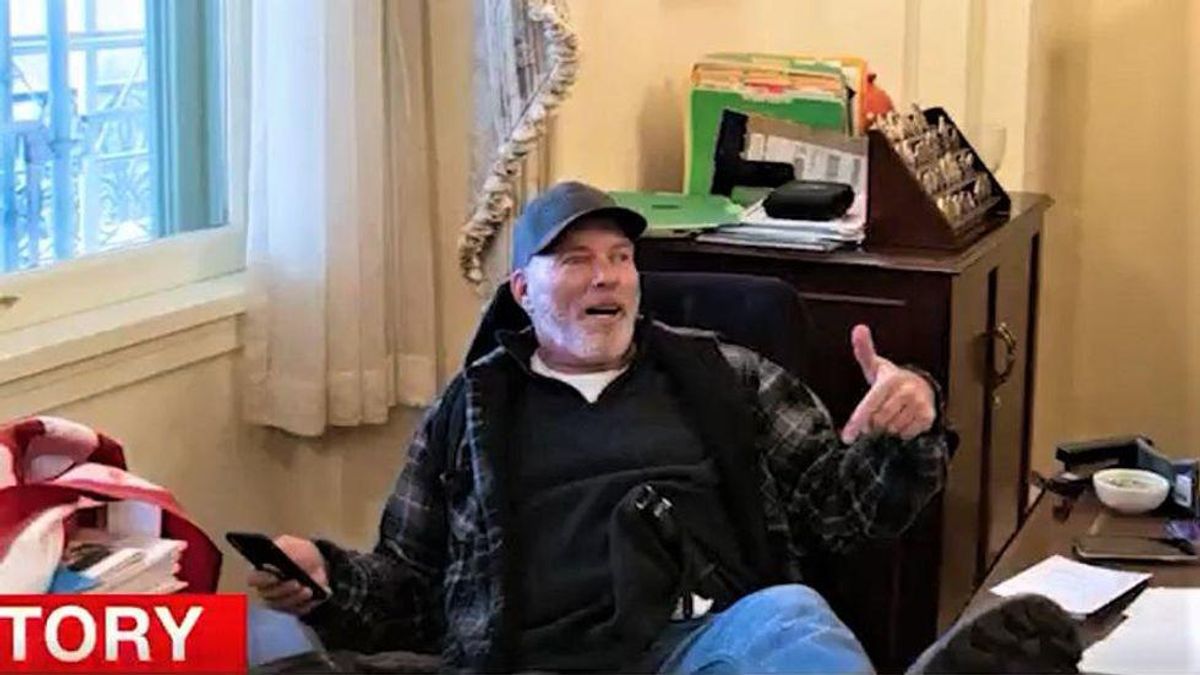 William A. Galston's recent essay "The Bitter Heartland" begins, "We are living in an age of resentment . . . [that] shapes today's politics." The more I read of it (and more about it later), the more the great resentments of Hitler's followers came to mind. They resented rich Jews, the victorious Allies who in 1919 had imposed the "unfair" postwar Versailles Treaty upon them, civilian German politicians who had signed the treaty, communists, who had taken over in Russia and were a rising force in Germany, and the "decadent" godless ways of Berlin, as hinted at in the play and film Cabaret.

The Versailles Treaty forced Germany to give up land to their west and east and also their overseas empire. It also imposed strict limits on its armed forces and weapons. But perhaps most bothersome of all to the average German was the imposition of war reparations, which many Germans believed contributed to their great financial agonies. This was especially true during the great inflation of 1923 – by then a loaf of bread could cost billions of Reichsmarks – and the Great Depression. Historian Peter Fritzsche notes that "between 1929 and 1932, one in three Germans lost their livelihoods. At the same time, young people had no prospect of entering the labor force . . . German farmers suffered terribly as commodity prices slumped."

Fritzsche also relates some of Hitler's early tactics like boycotts that "relied on entrenched resentments against allegedly wealthy, rapacious, or tricky Jews," and he writes that "the Nazi leader appealed to popular fears and resentments and transformed them into final judgments and the promise of direct remedial action." Moreover, Hitler used a we-versus-they approach, "pitting patriotic Germans against subversive Communists, Aryans against Jews, the healthy against the sick, the Third Reich against the rest of the world."

Almost a century after Hitler came to power in 1933, some of Donald Trump's followers remind us of Hitler's crowds. On at least one occasion, after Hitler ranted about the "November criminals" (German politicians who negotiated the war-ending armistice of 1918), the audience cried out, "Hang them up! Bust their ass!" In both the 2016 and 2020 campaigns, Trump crowds (in response to their hero's words about Hillary Clinton) shouted "lock her up."

Already during the 2016 campaigning, writer George Saunders observed some of the resentments of Trump supporters. Many believed "they'd been let down by their government . . . and [were] sensitive to "any infringement whatsoever on their freedom." Many suffered from what Saunders labeled "usurpation anxiety syndrome," which he defined as "the feeling that one is, or is about to be, scooped, overrun, or taken advantage of by some Other with questionable intentions."

In Galston's 2021 essay "The Bitter Heartland" he cites a 2016 poll that indicated that 65 percent of whites without college degrees "believed that America's culture and way of life had changed for the worse since the 1950s." But more than that poll, his essay dissects the continuing Trumpites' resentments much more thoroughly.

Like some before him, he indicates or hints at where the Trump resentful are mostly found: in small towns and rural areas, and among older people, non-college graduates, groups once dependent on manufacturing and mining jobs, and "social conservatives and white Christians." The resentful are more provincial and traditional and many of them "lack access to high-speed broadband."

"They have a sense of displacement in a country they once dominated. Immigrants, minorities, non-Christians, even atheists have taken center stage, forcing them to the margins of American life." They believe that the big-city elites, the professionals, and the government—before Trump came along—all failed to help them achieve their share of the American Dream. They resent professionals and liberals telling them how to live, calling them racists, or limiting their freedoms—e.g. to buy multiple guns or go about maskless during our present pandemic. "President Trump was at his best, they say, when he ignored the experts and went his own way."

Like Saunders earlier, Galston thinks that many of the resentful feel they are "being treated unjustly, unfairly, or disrespectfully." The appearance of Trump and discovery of like-minded people—via the Internet and the person-to-person contacts of smaller towns—help overcome feelings of powerlessness. Feeling more powerful, some "people merely want a remedy for the injustice they have experienced. But others—typically those who experience disrespect—want more than redress; they want revenge."

Galston closes his essay with some suggestions for dealing with Trumpite resentments, but they are less compelling than his analysis of them. Partly this is because, while some are legitimate, others—like the reluctance of many white Christians to grant equal rights to all ethnic and religious minorities—are not. As we learned from examining the supporters of Hitler, understanding the difficulties of people and even sympathizing with their plight (e.g., being jobless) does not mean condoning resentments that lead to hateful behavior like victimizing Jews.

The preceding comparison between two phenomena of group resentment, separated by almost a century, in two different countries and political cultures, omits many contrasts and nuances. In addition, we know how Hitler and German Nazism ended. The ending of the Trumpite culture of resentment is still unknown. Will it gradually decline? Will the Biden administration successfully address many of the Trumpite grievances? Will Republicans continue to stoke them? Will Trump run again in 2024? None of us know for sure. But thanks to the writings of Galston and others--he mentions Katherine Cramer and Arlie Hochschild--we better understand the resentments, and that's a start.

Walter G. Moss is a professor emeritus of history at Eastern Michigan University, a Contributing Editor of HNN, and author of A History of Russia. 2 Vols. For a list of his recent books and online publications click here.