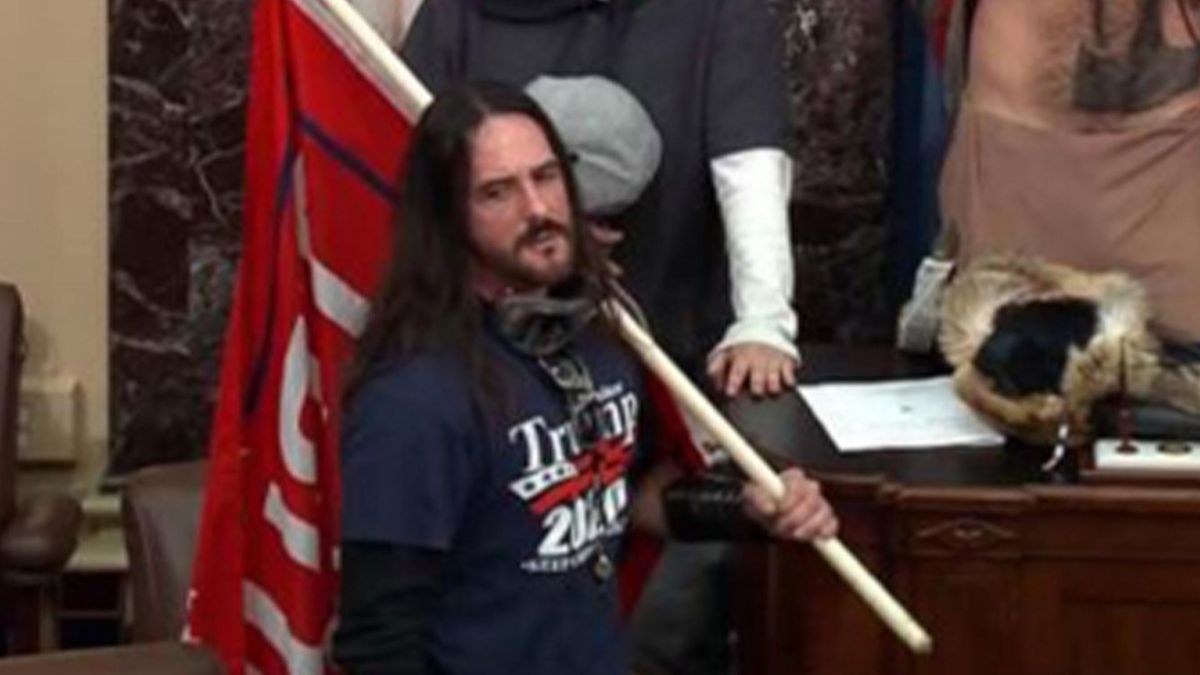 A Trump supporter who rioted at the United States Capitol building on January 6th now faces over a year in jail after pleading guilty to obstructing an official proceeding of Congress.

As reported by BuzzFeed News legal reporter Zoe Tillman, 38-year-old Florida-based MAGA rioter Paul Hodgkins, who along with other rioters broke into the Senate chamber on January 6th, admitted to obstructing an official congressional proceeding in court on Wednesday.

It was the most serious charge leveled against Hodgkins by prosecutors, who dropped other misdemeanor charges against him in the wake of his plea.

Hodgkins was tracked down by law enforcement officials after he posted a selfie from the Senate chamber that featured his fellow rioters in the background.