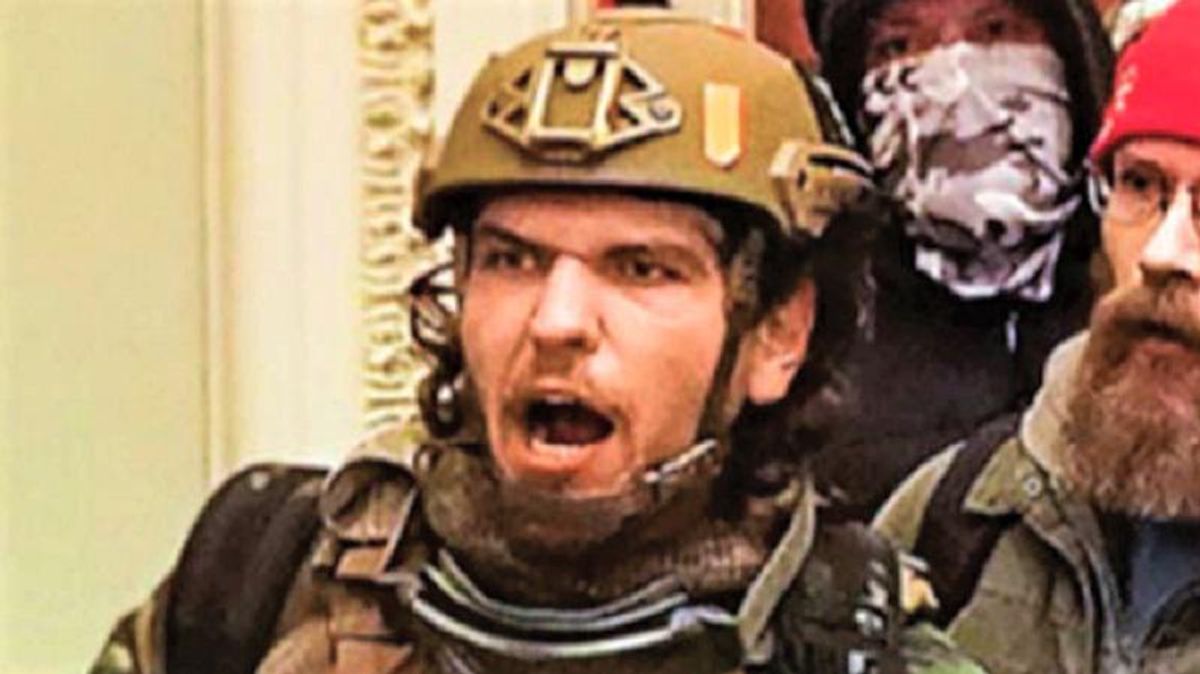 "There has been no repeat of January 6, or anything like it," Gieswein's lawyers wrote. "While the assessment of future conduct mandates individualized study, the contextual circumstances of January 6 are shared, and as such, the conduct of other defendants who have been at liberty should inform the forecast for Mr. Gieswein, too."

Gieswein faces some of the most serious charges of anyone arrested for participating in the MAGA riots, as prosecutors allege he assaulted officers on the scene with a baseball bat and with bear spray.

A criminal complaint filed against Gieswein cites statements he made in which he said he wanted to intimidate politicians who have allegedly "sold out" the United States to Israel and the Rothschild family.