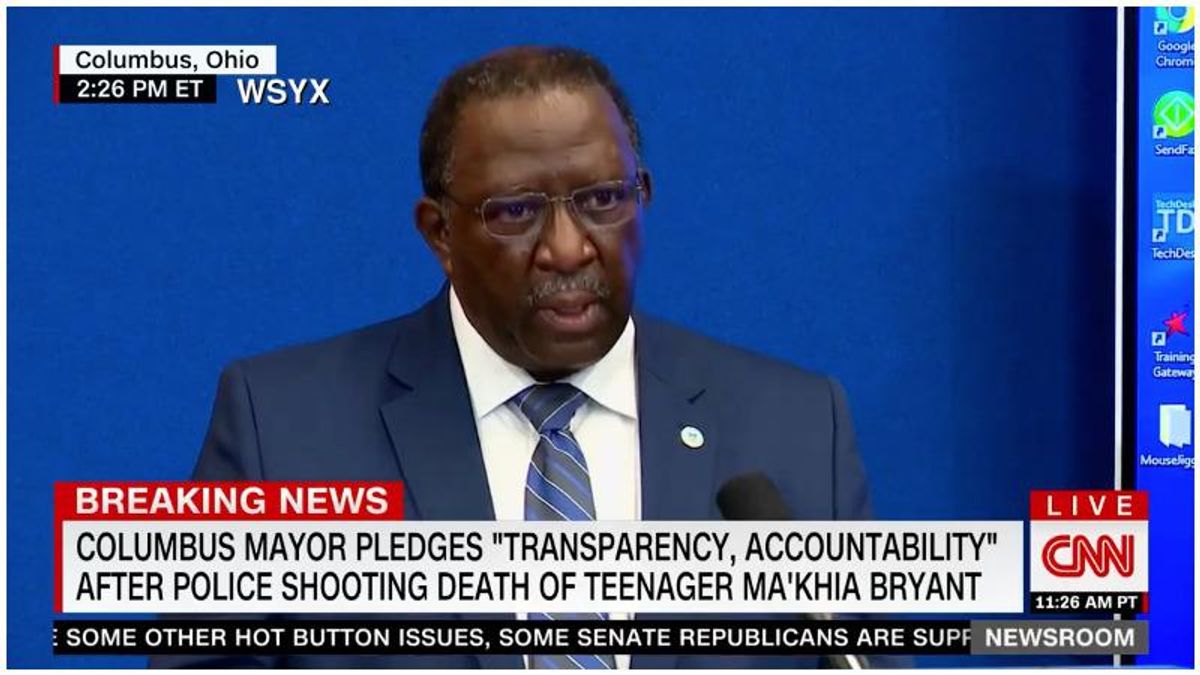 Pettus Jr. is referring to body cam video released by the Columbus Police Department, showing the officer arriving on the scene as a fight broke out between the teen, now identified as Ma'Khia Bryant, and another girl. In the video, Bryant appears to be gripping a knife as she attacks the girl. The officer on the scene then opens fire, killing Bryant.

"It requires us to pause, take a close look at the sequence of events, and though it's not easy, wait for the fact as determined by an independent investigation," Pettus Jr. continued. "We have to ask ourselves: what information did the officer have? What did he see? How much time did he have to assess the situation, and what would have happened if he had taken no action at all?"