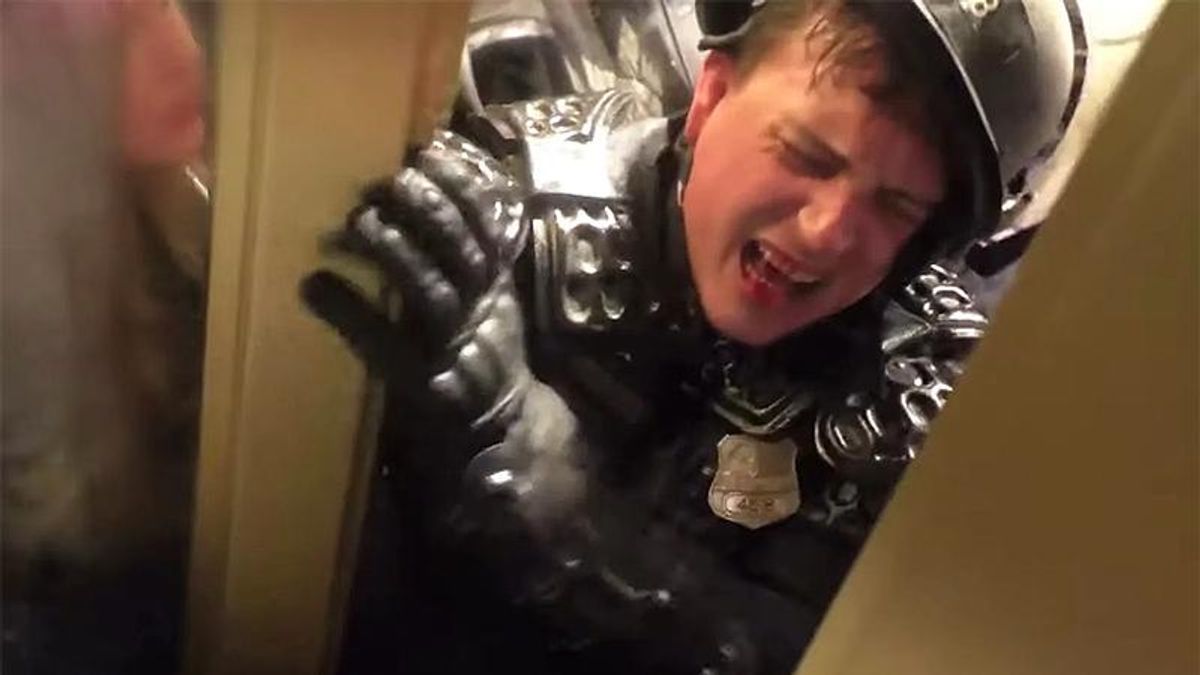 "The video shows Bingham first turning to confront and shout at Officer Hussain before squaring up with Officer Agyeman and ultimately attacking Officer Agyeman... At some point during the fight, Bingham scratched Officer Agyeman on the right side of his left eye."

The complaint details the fight:

The reports quote social-media posts indicating that Bingham had been in a foyer near where Capitol rioter Ashley Babbitt had been shot. During his altercation with police, Bingham can be heard saying, ""You won't hurt ANTIFA, but you'll murder innocent girls!" "Where do you want me to move? Push me again!"

The report included an exchange of Facebook messages with a person identified as Individual 5:

Individual-5: Are you ok?
BINGHAM: I got to manhandl[e] 5 cops and live to tell

Individual-5: Lol... All of this does not surprise me! Stay safe.

The FBI stated that Bingham had posted a video from the riot January 7 on his since-deleted Facebook account, with the following caption: "The door was open and we walked in and didn't break anything, the girl was killed inside door at right at the end of video You decide? Telling people to be peaceful as we walked in, hmm."

No residence was provided for Bingham, who was arrested in Alabama Tuesday and had his initial appearance today.